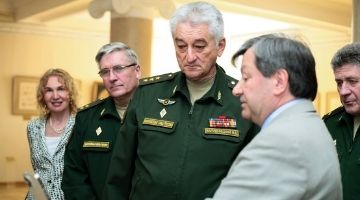 The Agreement provides for conducting joint research projects, exchanging academic information, as well as providing mutual academic assistance in the development and application of modern information technologies that support educational process and research.

In addition, within the framework of the Agreement, RSUH will assist in the publication of the academic and theoretical work "Predicted challenges and threats to the national security of the Russian Federation and methods for their neutralization", prepared by Military Academy, and in its presentation in August 2021 at a round table within the framework of the academic and business program of the international military-technical forum "ARMY-2021". 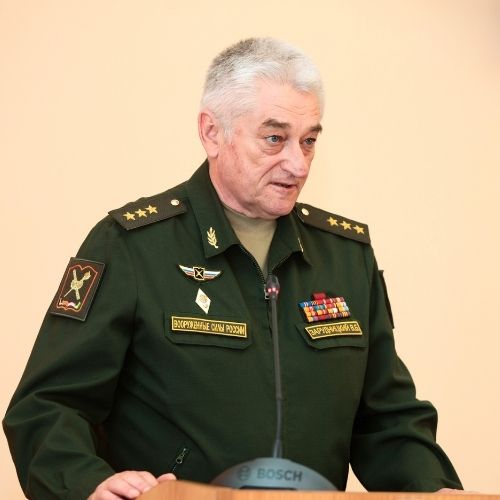 Colonel-General Zarudnitsky, Head of Military Academy of the General Staff of the Armed Forces of the Russian Federation:

Colonel-General Zarudnitsky, Head of Military Academy of the General Staff of the Armed Forces of the Russian Federation:

Historical issues are very important for us, because in the course of our work we rely on historical conclusions, patterns and development. We see prospects in our relations with Russian State University for the Humanities. Humanitarian knowledge is, first of all, intelligence, understanding of historical issues, trends, culture. Without this, the development of military sciences would be impossible. 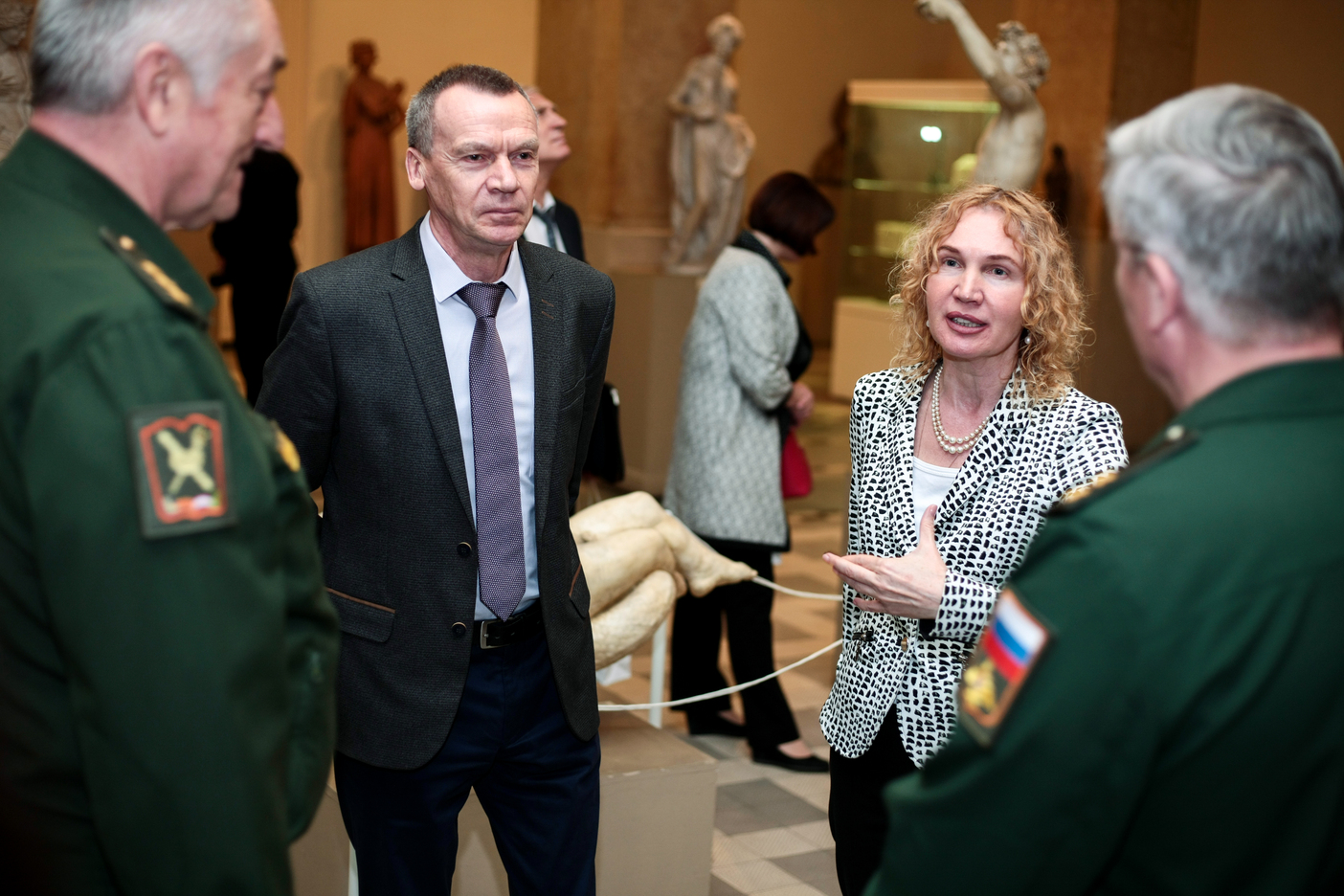 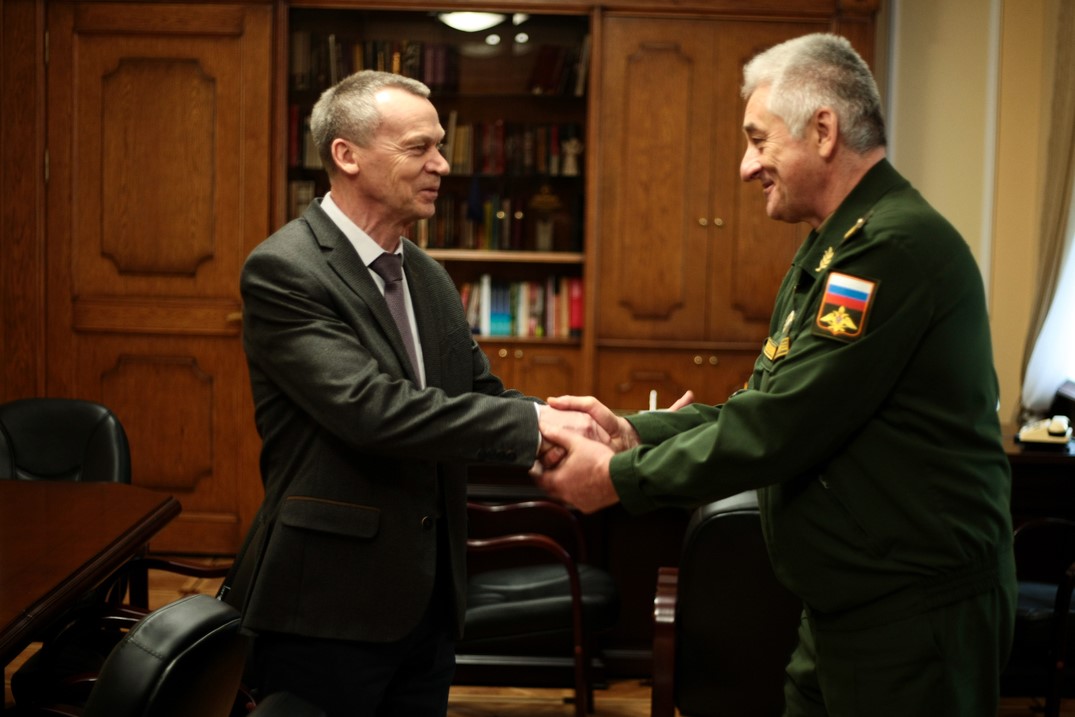 Rector Bezborodov noted the importance of cooperation between RSUH and Military Academy: “The Russian army today is directly connected with many humanitarian projects that are important for the country and the world. At RSUH, research activities have never bypassed or evaded issues related to the military history of Russia. The University is actively working on the patriotic education of students. We have big plans with the Academy and there are common topics for interaction.”

Colonel-General Zarudnitsky, Head of the Military Academy, expressed gratitude to RSUH, drawing attention to the role of history for the Russian army: “It is important for us to sign a cooperation agreement with RSUH, since the main directions of the University's activities coincide with the interests of our Academy. We attach particular importance to history, because, in our opinion, it is important to always study and research it, especially now, when the West is making attempts to falsify it. I am sure that when we start working together, we will find those points of contact that will expand our opportunities for further fruitful cooperation.” 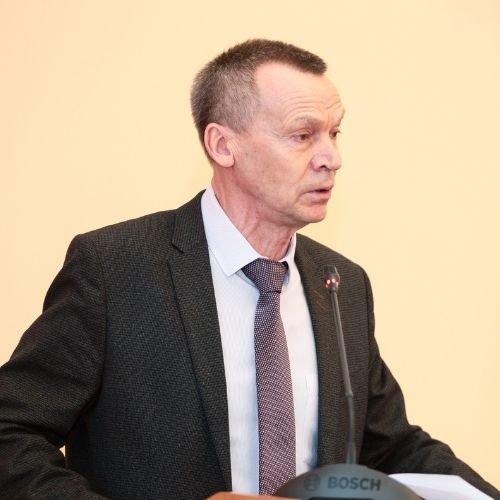 All students, without exception, will be involved in the joint work with Military Academy of the General Staff of the Armed Forces of the Russian Federation. First of all, it will be the Faculty of History, the Faculty of International Relations and Foreign Area Studies, bachelors, graduate and postgraduate students. 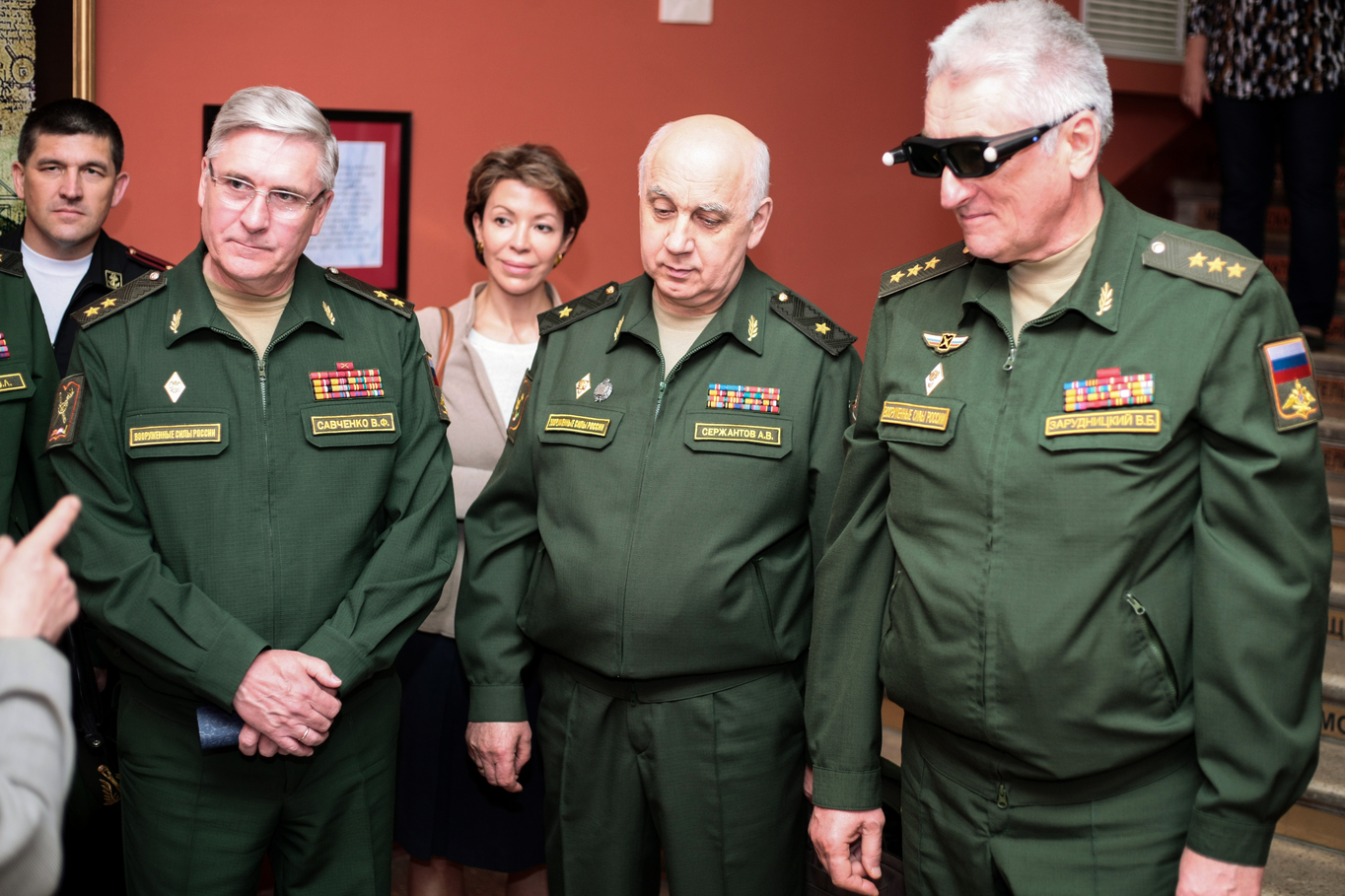 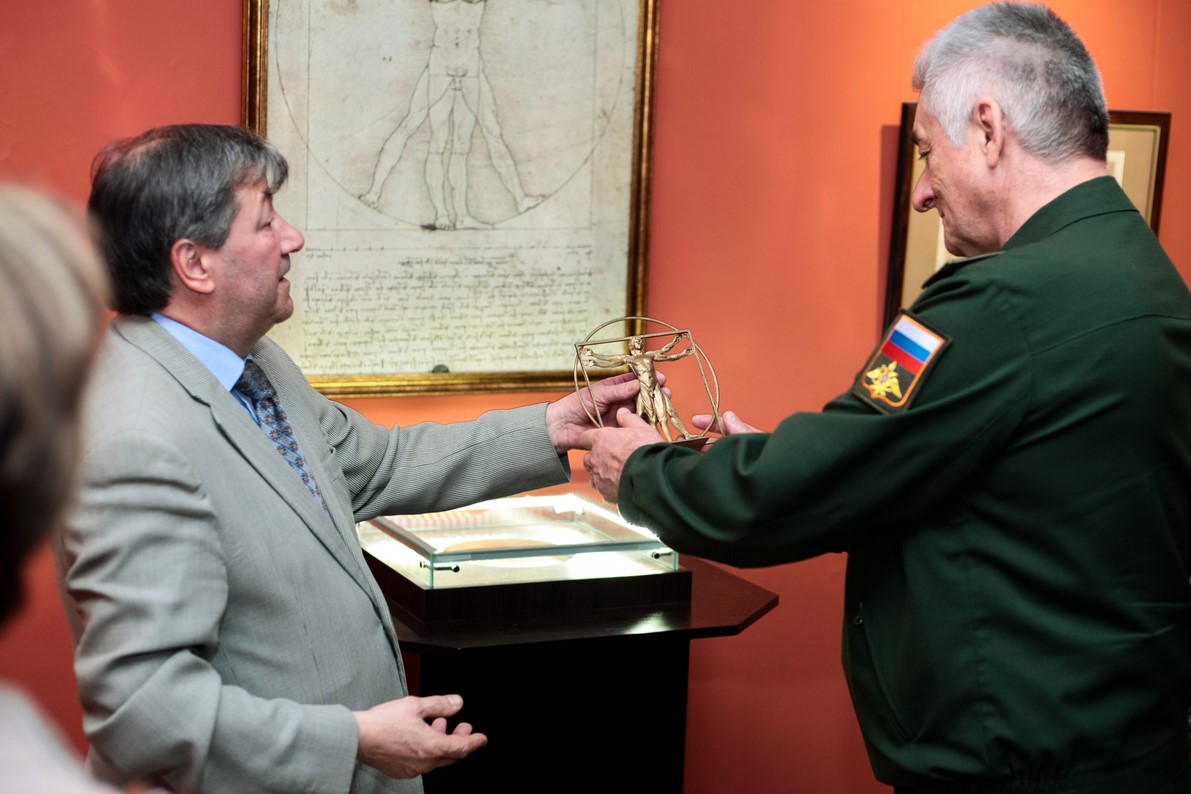 During his speech, Dr. Zarudnitsky told the participants about the activities of the Academy. First Vice-Rector Pavlenko made a presentation “Experience and resources of RSUH in cooperation with Academy of General Staff of the Armed Forces of the Russian Federation”. Dr. Pavlenko emphasized that the research team of RSUH was comprised of the leading experts in natural science and engineering.

The University actively cooperates in all areas with the institutes of the Russian Academy of Sciences. In addition, with the aim of integrating RSUH into the international academic and educational space, there are international educational and academic centers created jointly with major foreign universities: Confucius Institute, Center for South Asian Studies, Russian-American Center, Russian-Iranian Center, etc. Special attention is given to joint international Master's and Ph.D. programs.

“The academic and educational model of RSUH is unique. Not only are we a traditional humanitarian university, but also a university that includes IT technologies in humanitarian developments, and is engaged in interdisciplinary research, state assignments, as well as the implementation of large academic projects. We hope that knowledge and experience of RSUH will be useful in cooperation with the Military Academy,” said Olga Vyacheslavovna.

First Vice-Rector also informed the participants of the meeting about the state assignments carried out by the University, joint projects of RSUH and the Russian Historical Society, and presented the works of the university researchers.

Dr. Roganov, Director of the Institute of Information Sciences and Security Technologies of RSUH, in the presentation "Information security and IT - technologies at RSUH: the state and directions of development", spoke of the areas of training that are being carried out at the Institute. Particular attention was paid to the research activities of students.

“We train students in information security, IT technologies and applied mathematics. The presence of such a subdivision in a humanitarian university is a response to the modern challenges of the digital age, where we cannot exist without the protection against threats to information,” stressed Andrey Aryevich.

After the meeting, a tour of the Museum Center of RSUH was held for the delegation of the Military Academy of the Armed Forces of the Russian Federation. 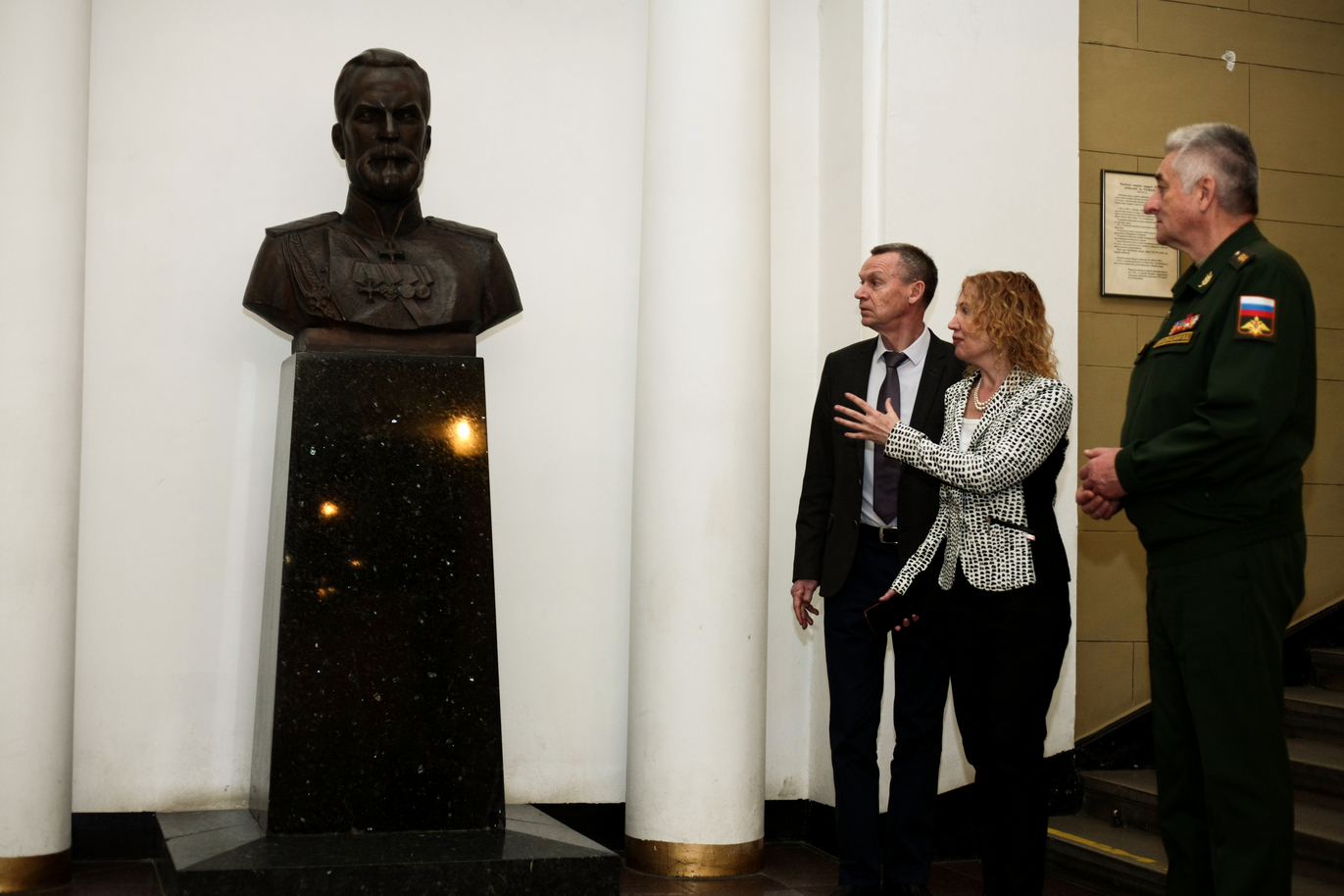 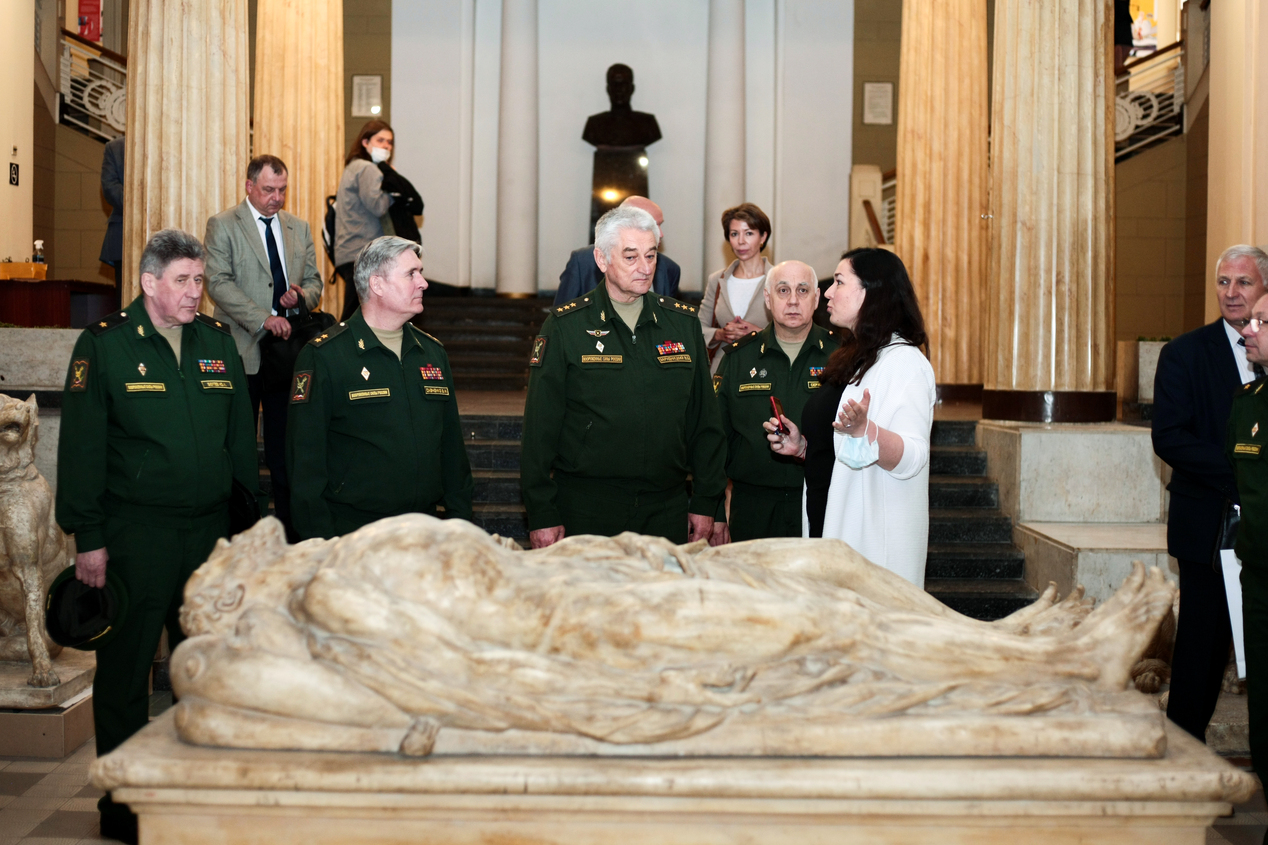