The Immortal Regiment: no one left behind

The Immortal Regiment: no one left behind

This year, the All-Russian procession "Immortal Regiment" is being held online. More than two million applications were submitted, and each of them had to be checked for consistency with the facts. Volunteers of RSUH took part in this work.

“The procession of the Immortal Regiment in reality and online are two different events, two different formats. which are difficult to compare according to the involvement of people.”

“The curators from Victory Volunteers across the country have involved young people who are computer savvy. Including myself.

Each volunteer was trained. First, we studied the details of the Great Patriotic War and, in general, World War II, then the features of the military uniform. That was in order to be able to recognize true stories via photographs of veterans, stripes, medals, to see if someone wanted to slip in some fascists or traitors instead of Soviet soldiers. I listened to several lectures and used a special application that simplifies the work. It’s a good application, but since so many people in Russia volunteered, it froze, so now some can use it, and some can’t. 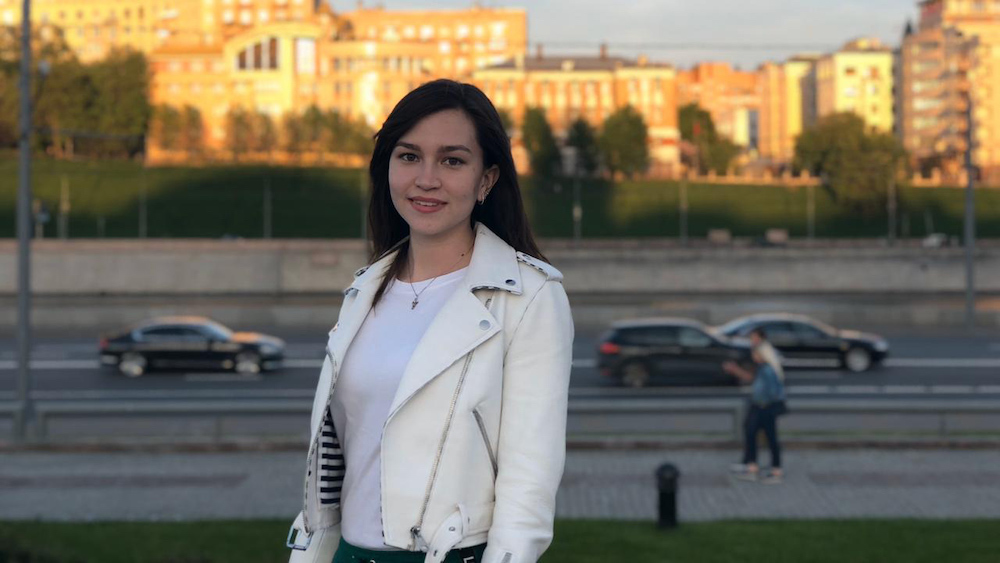 Several story-collection sites were set up, including on social networks, from where applications were centrally redirected to the site of the Immortal Regiment. I went to the site as an administrator and checked the applications, because without the moderation the veterans could not be added to the online procession. User profiles are displayed there, and first you need to check whether this is a fake or a bot. After you approve the user, you study the story that he or she sent.

Since the “Immortal Regiment” does not require details about the fate of the veteran, it is important to just make sure that the person really participated in the War, look at the years of birth and death, and compare them with the years indicated as the period in action. You can double-check rank and awards. As a rule, photographs of the veterans themselves are attached, I check them against pictures on the Internet to make sure that this is not an image downloaded from somewhere. In any case, I give the user feedback, ask to correct the flaws. Everyone who fills out the profile of their veteran receives an e-mail with an indication of the time that their story would be shown during the procession, Moscow time.

I do not study to be an historian or archivist, but a psychologist. Yet even in previous years, I had been a volunteer on May 9th. My great-grandfather was a military man, only he didn’t get to the front line, he was killed on the way, so my family history here is pretty short. But for me this is an important day, because during the War there was inhuman cruelty towards people. For a long time I had studied the materials of the trials against the Nazis. We must remember that those atrocities actually took place, and not forget how it all ended. Now a lot of things are happening, and experience will help us prevent new manifestations of fascism. We researched what happened then from a psychological point of view. Mass hysteria, mass suggestion, crowds of people who followed the opinion leader ... 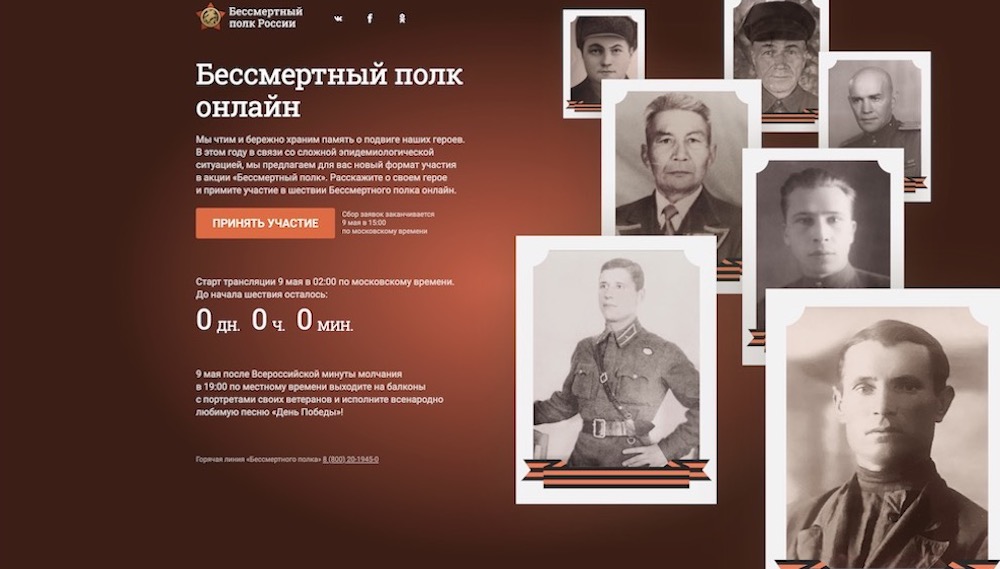 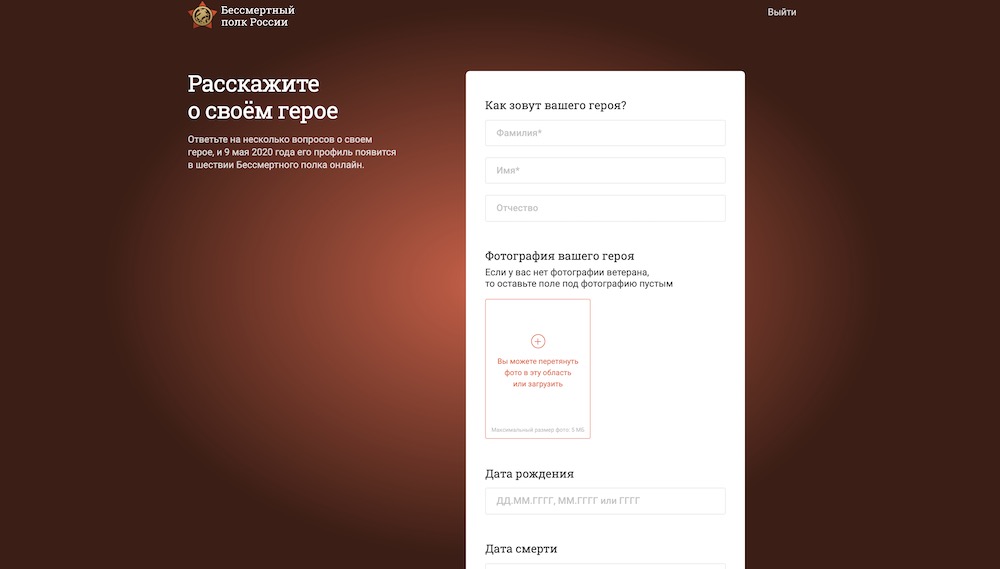 We studied Hitler’s behavior, his gestures, his slogans, his arguments, we studied Benito Mussolini. For the emergence of such a phenomenon as fascism, the leader had to be authoritative, and Hitler came from nowhere, from a beer house, yet he very quickly gained the trust of the masses. From the point of view of psychology, this phenomenon could be explained by the fact that the German population was in a state of frustration after World War I, in addition to economic instability and anxiety. The Germans needed a leader, and it turned out to be Hitler, and no matter what ideas he set forth, they seemed right. Nobody tested them for truth.

We now understand that his promises were false, not in the least degree because we won. But a question often pops up to me: if we are with people we care about and some ideas are put out to us, are we always able to think rationally? After all, the subjective part often prevails, and it is much more difficult to resist suggestion in the crowd than alone. And when you think about what happened in those years, about how cruel a person can be in relation to his own kind, you see yourself better and block animal manifestations of cruelty. They need not be denied; they simply need to be pacified. And we must remember that we are human and the people around us are human, too.

The processions of the “Immortal Regiment” in reality and online are like two different events, two different formats, they are difficult to compare according to the involvement of people. At a procession last year, it was hard to calculate the total number of participants, and now it is also difficult to do it for the online format. I know that there are millions of people who care, who want to remember the past and share it. When the procession takes place on the city streets, before your eyes, you share joy and sorrow, you are part of something big, you are included. And now we are distanced, and I do not know, for example, how a person reacts in a neighboring apartment or on the other side of the country. But in any case, it’s good that they offered at least an online format. It might be inferior in impact compared to a real procession, a real parade, but in order to maintain memory, so that everyone can share their story, this is very important.

For me, this work was useful in that it allowed me to master new knowledge of website moderation and see how a large-scale project is implemented. At RSUH, the incentive is expressed in volunteer hours, but these are just numbers that do not mean anything. This is all so ... material. Of course, it can and does matter, but in the case of this particular holiday it is secondary.” 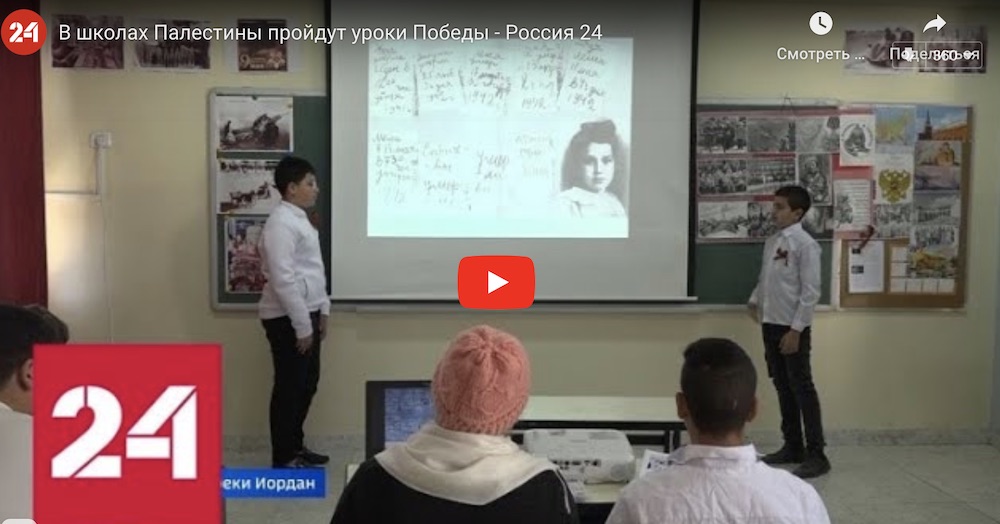