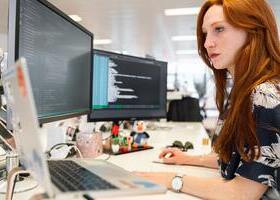 On March 19, 2021, 2nd year students of the Hindi group of the Department of Foreign Area Studies and Foreign Policy of RSUH held the International Online Conference "Ageya: Poems and Prose in Hindi".

The event was held in a mixed format and was dedicated to the 110th anniversary of the birth of Sachchidananda Hirananda Vatsyayan (Ageya), an Indian poet, writer and journalist. Hindi language experts from Moscow State University, St. Petersburg State University, Tashkent State University of Oriental Studies (Uzbekistan) and RSUH delivered plenary reports, discussing the work of the Indian poet in Hindi, English and Russian.

The honorary guest of the conference was Professor Alexander Senkevich, Doctor of Philology, Indologist, poet, writer and translator of Agyeya's work, who spoke about the artistic trends in Hindi poetry in the 1940-80s, about his experience of translating the poems of the largest Indian poets into Russian, including some poems by Agyeya.

Professor Senkevich showed the students his books, published during his work at the Gorky Institute of World Literature. Since the students of RSUH were not familiar with modern Hindi-language literature, Dr. Senkevich's speech was a spiritual delight for them. He also read several poems of Agyeya in his Russian translations. Professor Senkevich is the author of several collections of poems, as well as works on the history of theosophy, in particular, about Elena Blavatsky. In 2007 he was awarded the Bunin Literary Prize.

You can see the photos here.