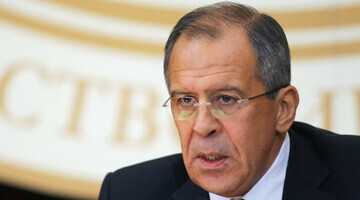 During a working visit to Vienna on August 25, 2021, Minister Sergey Lavrov paid special attention to expanding the reach of the Sochi Dialogue to the Russian and Austrian social forum. In particular, the Minister emphasized that a specialized B.A. program in Russian-Austrian studies had opened at RSUH.

“We believe that the efforts of the participants in the Sochi Dialogue, both from the Austrian and Russian sides, deserve the highest mark, help as they do to strengthen humanitarian and social ties between our countries. It is gratifying that, despite the well-known restrictions associated with the pandemic, the work of the Forum did not slow down, but is developing further. We managed to create and launch innovative formats of interaction,” the Russian Foreign Minister said at a meeting with Austrian activists and participants in the Sochi Dialogue. "Over the past year, the coverage of the Sochi Dialogue has expanded, the intensity and quality of discussions, even in the online format, being very high."

Mr. Lavrov stressed that all this was a confirmation of the mutual and sincere desire of both sides for further cooperation. “We consider it very important that the youth had actively joined the work of the Forum last year. Students are happy to participate in various lectures, master classes and webinars. A new Russian-Austrian studies B.A. program has opened [at RSUH],” the Minister added.