The participants of the XVII All-Russian competition "My country - my Russia", one of the projects within the presidential platform "Russia - the country of opportunities" , defended their projects presented in the category "My family: continuity, values ​​and meanings". One of the winners was a RSUH student Ksenia Kupreenko.

Ms. Kupreenko, student of the Faculty of Management, presented a project of an urban creative space for family recreation. "Communication strip" is a set of various tasks and exercises developed on the basis of quest games and aimed at forming a team spirit within the family. The program is not limited either by place or time, since the city itself acts as the most exciting and interactive platform.

“It took almost a year, a project team was selected, there was even an original study dedicated to intergenerational and family leisure practices,” said Dr. Anna Golova, the project's academic supervisor, Associate Professor of the Department of Marketing and Advertising. - Ksenia proved to be a very attentive and responsible student who does not stop at what has been achieved, constantly improves the project, and knows how to listen to critical comments. During the period of project preparation, she mastered various competencies, from a high-quality presentation to the development of a program of her own empirical research." Dr. Golova drew attention to the project presented at the annual conference of young scientists of the Department of Advertising and PR of RSUH "My startup in science and profession". The teachers and Dr. Abaev, Dean of the Faculty, made some comments, which also made it possible to improve a number of aspects. “We can say that this victory is the merit of the entire team of the Department of Advertising and PR,” Dr. Golova noted. 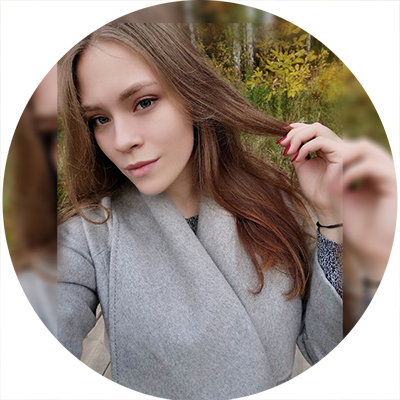 “Unfortunately, many families are suffering from lack of communication and attention. Lack of time, lack of common interests or a simple reason for communication erect insurmountable walls between the closest people. The main idea of ​​the project was to create a space for family recreation and creativity, which will be interesting for both the young people and the older generation. With the support of the competition "My Country - My Russia" and the platform "Russia - the Land of Opportunities" we will be able to overcome any hurdles! "

“Today a series of defenses has started in five educational and pedagogical nominations, overseen by the Russian Academy of Education. The 17th season of the competition "My Country - My Russia", has seen 29,808 contestants - young scientists and teachers who are not indifferent to the fate of their country, becoming participants in these nominations. Today, they are the ones who are shaping the image of the Russian education system of the future,” said Aleksey Komissarov, General Director of the ANPO Russia - Country of Opportunities. He said that the five joint nominations included "My family: continuity, values ​​and meanings", "My pedagogical initiative", "My native language", "My open universities", as well as one of the main nominations of this year's competition, "My country. My story. My Victory ”, dedicated to the 75th anniversary of the Victory in the Great Patriotic War.

According to Dr. Yuri Zinchenko, President of the Russian Academy of Education, “three years of fruitful cooperation between the All-Russian competition “My Country - My Russia” and the Russian Academy of Education have revealed thousands of names of extraordinary, talented and active young people who are ready to build a new trajectory for the development of the country's educational system.”

“Today, the support of the academic community is more important for educators and scientists who are faced with the challenges of the modern world. Russian Academy of Education will provide full assistance in the implementation and further support to the initiatives of the winners of the competition, ”said Dr. Zinchenko.

The winners of the All-Russian competition "My Country - My Russia" in the nominations supported by the Russian Academy of Education will receive awards in the amount of 100, 80 and 50 thousand rubles.

“In the 17th season, the initiatives of more than 4,500 contestants were aimed at developing mechanisms for interaction between families and educational organizations, preserving traditional family values ​​and the continuity of generations. The nomination became a platform for dialogue between the parent community and teachers, a tool for identifying and supporting interesting projects aimed at strengthening the institution of family, which is very important,” said Dr. Larisa Pastukhova, Vice-Rector of RSUH and head of the competition“ My country is my Russia ”.

Dr. Lilia Gumerova, Chair of the Committee of the Federation Council of the Federal Assembly of the Russian Federation for Science, Education and Culture, who heads the expert council of the competition, sent her greetings to the participants of the All-Russian competition "My country - my Russia" in the nomination "My family: continuity, values ​​and meanings".

In the 17th season, the participants of the All-Russian competition "My country - my Russia" have the opportunity to receive a grant support from the Federal Agency for Youth Affairs. As part of public defense, experts of the Rosmolodezh Grant Competition for Youth Initiatives, which is also one of the projects of the platform Russia - Country of Opportunities, will evaluate the works of the contestants and recommend them for grants for the implementation of their projects.

The competition "My country - my Russia" is implemented within the framework of the federal project "Social mobility for everyone" of the national project "Education". The list of participants is posted online.

The autonomous non-profit organization (ANPO) Russia - the land of opportunities was created at the initiative of the President Putin. The key goals of the organization are: creating and increasing social mobility, ensuring personal and professional self-realization of citizens.

The supervisory board of the ANPO is headed by the President Putin.