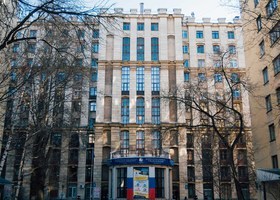 Rector Bezborodov is among 43 experts of Commission, approved by Mr. Mikhail Mishustin, Prime Minister of the Russian Federation, as reported by the State Press Service.

The Commission was created on behalf of the President. Its main tasks are to preserve and further the development of the Russian language in Russia and the world, and to create an integral language policy.

“In the near future we plan the following: development of the concept of state language policy, examination of the rules of Russian spelling and punctuation, definition of uniform requirements for dictionaries, reference books and grammars containing the norms of the modern Russian literary language. An important part of the work will be the issue of raising the level of training of specialists in the Russian language,” the Press Service announced.

Sessions will be held at least twice a year.