Professor Alexey Filitov gave a lecture on the Anti-Hitler Coalition

On April 22, Dr. Alexei Filitov, Professor of the Russian-German Center of RSUH, gave an online public lecture entitled “The Big Three. The world they looked for and found: the history of the Anti-Hitler Coalition”. The lecture was dedicated to the 75th anniversary of the Victory in the Great Patriotic War. 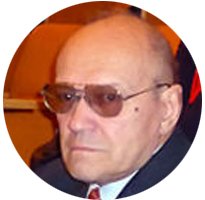 The Anti-Hitler Coalition was represented not only by the Big Three, but also by other countries, all of which later were to become the founders of the UN.


“The topic is very relevant, as it reveals the formation of the world order that existed for almost 50 years and the foundations of which are still felt,” said Dr. Natalia Rostislavleva, Head of the Russian-German Center, in her welcoming remarks. - The lecture is devoted to the diplomatic relations of the USSR and its allies in World War II, the importance of which can hardly be underestimated, since successful diplomacy can effectively replace a shortage of military potential. Close attention is paid to achieving international security, which is largely related to establishing new post-War borders in Europe.”

The material presented by Professor Filitov restores forgotten facts, in particular, in the history of Soviet-Polish relations. The lecturer highlighted in detail the negotiations between the USSR and Wladislaw Sikorski, Prime Minister of Poland in exile, revealing the positions of the representatives of the Big Three on the Polish question.

“The Anti-Hitler Coalition was represented not only by the Big Three, but also by other countries, all of which later were to become the founders of the UN, said Alexey Filitov. - One of the first documents of the Anti-Hitler Coalition was the Soviet-Polish one. It included a provision that recognized the Molotov-Ribbentrop Pact as regards Poland as invalid. However, the Poles demanded more from us: they insisted that we accept the idea of ​​restoring the old border of Poland, which had existed before September 1939. This did not fly.

But we were ready to compromise with the Poles on the border issue. There is another document, which said that Russia agreed to return to Poland some cities and regions previously annexed by the Soviet Union, namely the Bialystok Voivodeship. By the way, the first large “trap” that the Germans arranged for the army of the USSR in 1941 was just around Bialystok. During the visit of Wladislaw Sikorsky to the USSR, Stalin said that there should not be a restoration of the old border, but some adjustments could be made. However, Sikorsky insisted, and the chance for the Soviet-Polish friendship was missed.

The second chance appeared and was lost when it was decided to withdraw from the territory of the Soviet Union the Polish army under the command of Anders, formed in 1942 on our territory and with our help, and transfer it to the Middle East, and then to Italy. So, the Poles in fact deserted from the Soviet-German front. Stalin was convinced that the Polish-German border should be at the Oder, and this was a prediction of the current geopolitical structure of Europe. We should not forget about the events of those years, especially now, when Poland and Russia do not enjoy the best relations. It is necessary to restore historical truth.”

Dr. Filitov also spoke on the origin of the UN and the formation of the Anti-Hitler Coalition, presented his opinion on the content of the Atlantic Charter, shed light on the search for peace as regarded the Big Three and small countries (in addition to Poland they were Czechoslovakia, Yugoslavia, the Baltic states), showed the connection between the foreign and domestic policies of the Big Three in the course of resolving the issue of borders following the results of World War II.

After the lecture a discussion took place, touching upon the perception of the modern Polish historiography of the Soviet-German relations, the interpretation of the impending war by Marshal Zhukov and Joseph Stalin, and much more.