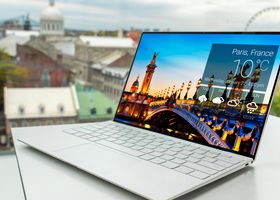 On October 21, 2020, in Dushanbe (Republic of Tajikistan), a sesssion of the Council for Cooperation in the Field of Education of the Member States of the Commonwealth of Independent States was held in the remote format.

It was attended by members of the Council Members from Armenia, Belarus, Kazakhstan, Kyrgyzstan, Russia and Tajikistan, as well as representatives of the Executive Committee of the CIS, the Republic of Uzbekistan and invited persons. The meeting was also attended by Dr. Efim Pivovar, President of RSUH, Director of the Institute of Post-Soviet and Interregional Studies.

The agenda included a discussion of development of the activities of the CIS member states in training teachers; personnel in the field of history education; training, retraining and advanced training of teachers and specialists in the field of inclusive education.

Dr. Pivovar, speaking to the members of the Council, highlighted the following results of the work of RSUH: at the suggestion of the CIS Executive Committee, methodological recommendations were developed for holding a unified memory lesson in educational institutions of the CIS member states, dedicated to the 75th anniversary of Victory in the Great Patriotic War; a working group of historians and archivists of Russia and Belarus, with the support of the educational departments of the two countries, prepared an electronic draft of the educational methodological manual "History of the Great Patriotic War" for teaching this historical period. (https://www.rsuh.ru/education/postsoviet). A number of international conferences have been held.

The working group of the Public Council for Historical Education of the CIS plans to hold a number of major events, including "Humanitarian interaction in the CIS space: experience and prospects ", "Forum of rectors of Liberal Arts universities and deans of Liberal Arts faculties of the CIS countries", etc.

Proposals of RSUH to be included in the draft decision of the Council were preparation of the educational and methodological manual "The CIS and the integration processes in the late XX-early XXI centuries", preparation of a joint educational guide of the history of the Great Patriotic War 1941-1945, as well as organization of WWII memory lessons in educational institutions of the CIS countries.