Historians of RSUH took part in a meeting with Mr. Valery Falkov, Minister of Science and Higher Education of Russia

Young academics, historians and faculty members of RSUH took part in a meeting with Mr. Valery Falkov Minister of Science and Higher Education of the Russian Federation at the forum “My Country. My Story. My Victory."

Dr. Larisa Pastukhova, Vice-Rector of RSUH, supervisor of the competition “My Country - My Russia” and moderator of the meeting, noted that this year, participants in 19 thematic nominations had presented their projects online for the first time. “Only for the nomination“ My Country. My Story. My Victory ”, dedicated to the most important date for the country, the Great Victory, did we keep the traditional format of the meeting, - said Dr. Pastukhova. - It is important that the nomination has become the largest in the entire 17-year history of the competition: 11,766 residents of our country took part in the preliminary stage. The finalists from 53 regions of Russia presented their projects to the experts today.

The Minister discussed the issues of awarding academic degrees and personal scholarships, supporting historical competitions and preserving regional languages. The meeting was also attended by Dr. Konstantin Mogilevsky, chairman of the board of the Russian Historical Society. 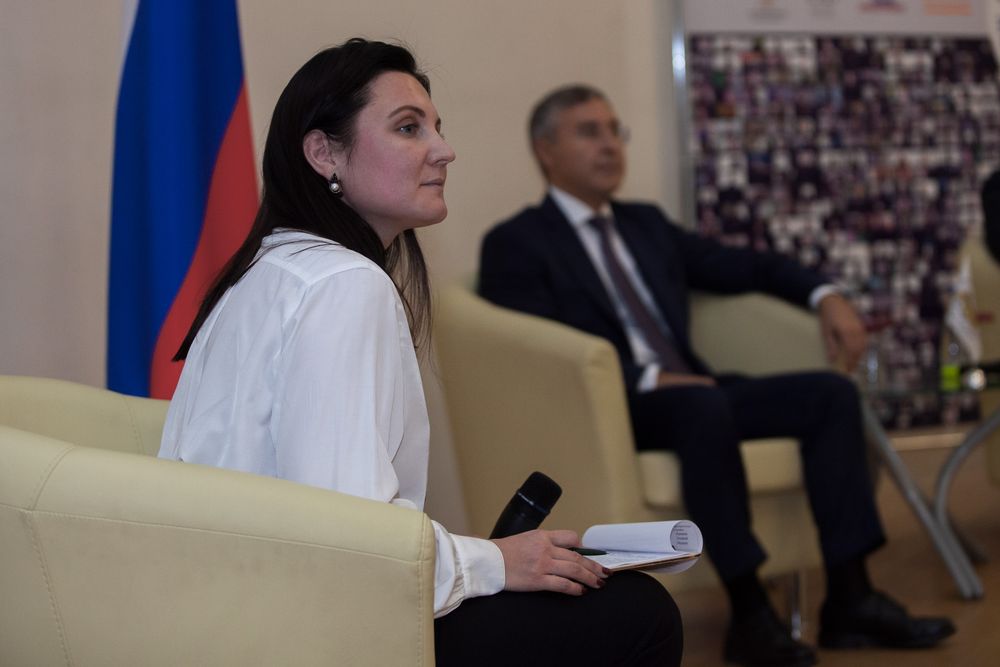 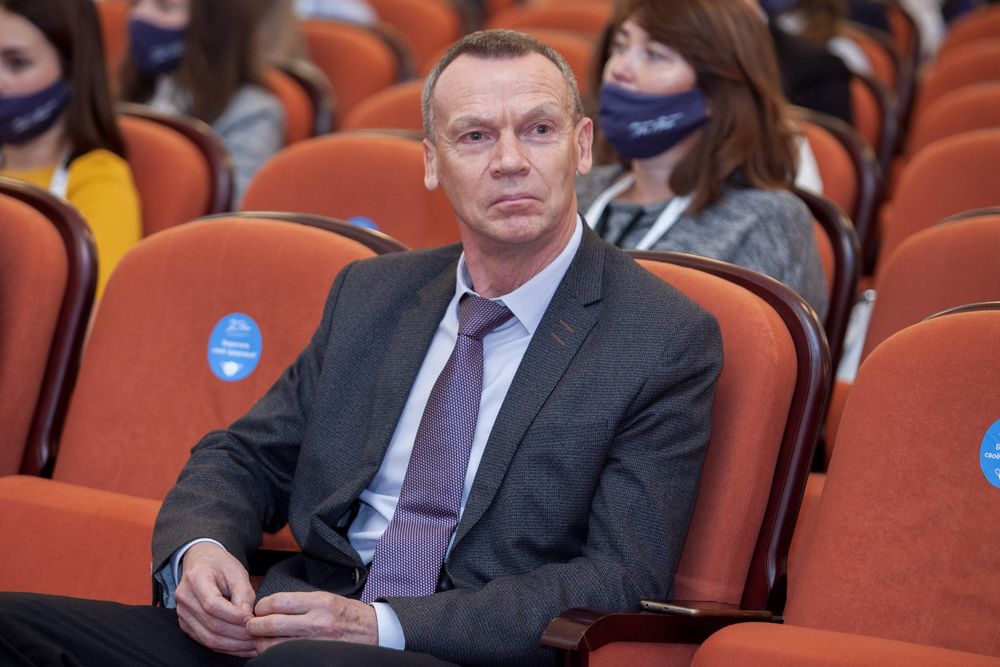 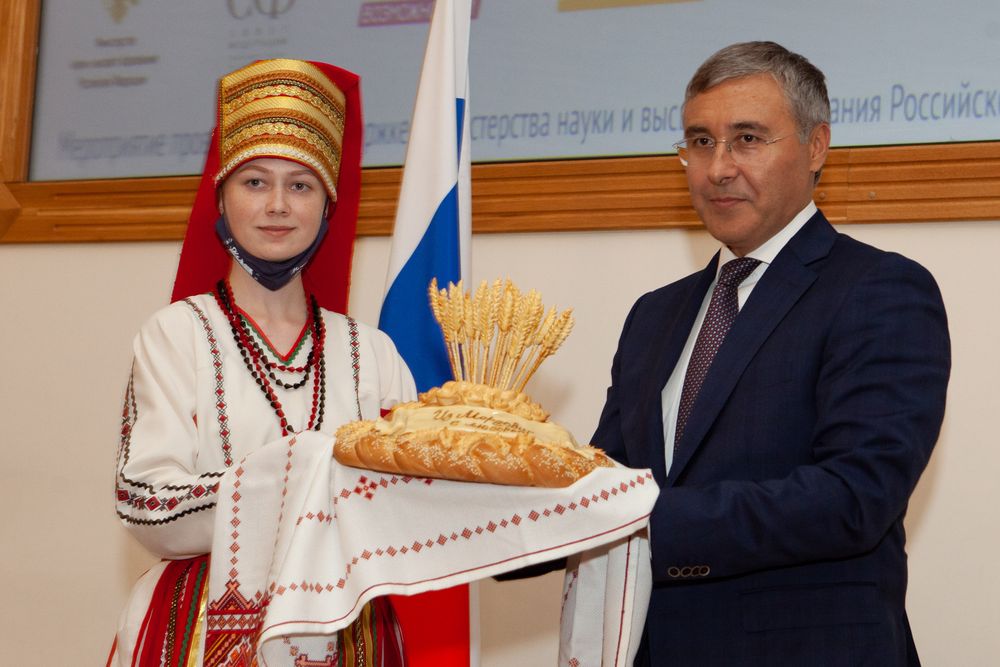 “Even as a Rector, I took an active part in the formation of the regional branches of the Russian Historical Society. Now we are considering a whole range of issues from admission caps in history, archeology, ethnography, oriental studies and many other specialties and majors, to a variety of interesting projects in cooperation with the Russian Historical Society, ”said the Minister.

The head of the Russian Ministry of Education and Science stressed that the number of universities that had the right to independently award academic degrees would increase.

“In my opinion, the decision to award academic degrees by universities was correct,” the Minister commented.

The participants also discussed the topic regarding support for young historians.

Ms. Ksenia Yamysheva, RSUH M.A. student, spoke about the long-term activities of the Knorozov Mesoamerican Center, the recently opened branch of RSUH in Guatemala and the launch of a pilot distance learning program based on specially developed textbooks. Ksenia also spoke about the Knorozov Scholarship awarded at RSUH. Dr. Knorozov had been an outstanding Soviet and Russian scientist who had received world recognition for deciphering the Mayan writing, which has proved to be one of the most significant events in the national humanities. “The scholarship is an excellent incentive and inspiration for young and talented students,” Ksenia explained and asked the Minister if it was possible to award the scholarship the national status so that not only RSUH, but all young academics could apply for it.

“This year we are celebrating the 90th anniversary of the founding of the Institute of History and Archives, come to visit us, we are looking forward to seeing you,” concluded Ms. Yamysheva.

Answering the questions of Ksenia, Mr. Falkov acknowledged the uniqueness of the discovery of Dr. Knorozov and his contribution to global science. The Minister promised to carefully consider the proposal to grant the scholarship a nationwide status. Mr. Falkov also promised to visit RSUH.

Another important topic was the study of native languages ​​in the republics, regions and territories. According to the Minister, both the state language of the RF and the languages ​​of the peoples of the country have their own special statuses. 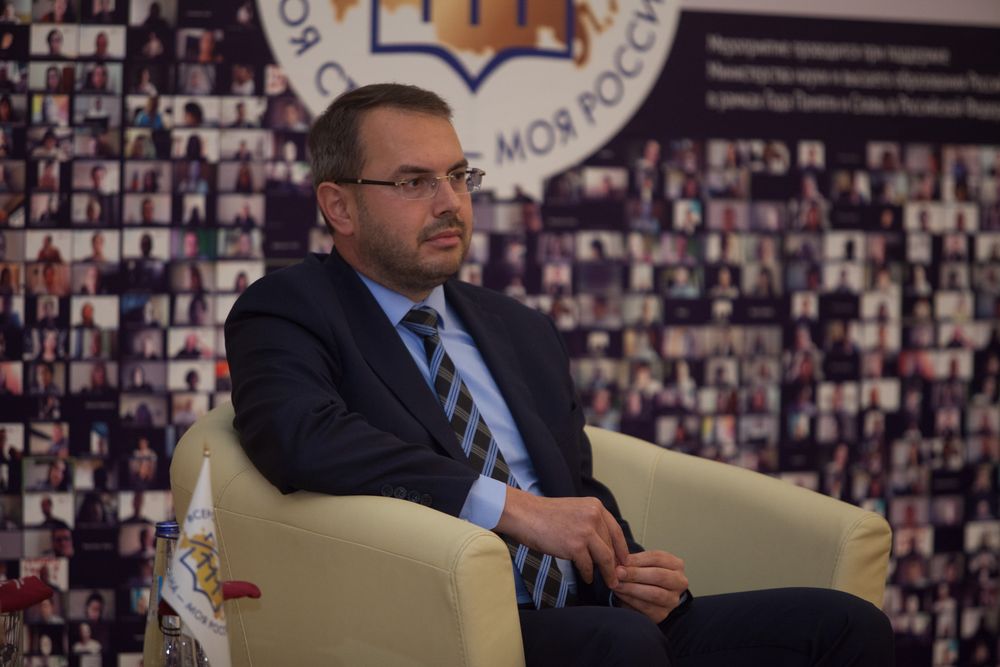 “Of course, the languages ​​of nations are under state protection. They can be used by the republics as a second state language. It is very important that our country is multinational, and that what allows us to feel like a united people is the Russian language,” he added.

He also noted that there is a scientific basis for studying and supporting the languages ​​of smaller nations and minorities. The country's universities, according to Mr. Falkov, are doing a great job of preserving the unique languages ​​of the peoples of the Russian Federation: “We must also protect the dead languages, even those that are no longer used. The University was created precisely for this. This is a world treasure and culture, and especially in our country."

The All-Russian Youth Historical Forum “My Country. My Story. My Victory "is held within the framework of the Year of Memory and Glory, announced in Russia in 2020. Among the partners of the Forum are the Russian Historical Society, the Russian Academy of Education, the non-commercial organization “Russia - the Land of Opportunities”, RSUH, the Federal Agency for Youth Affairs and the Museum of Victory.

The forum also hosts the final stage of the nomination “My Country. My Story. My Victory "(dedicated to the 75th anniversary of Victory in the Great Patriotic War) of the XVII All-Russian competition" My country - my Russia" (one of the projects of the presidential platform" Russia - the country of opportunities "). 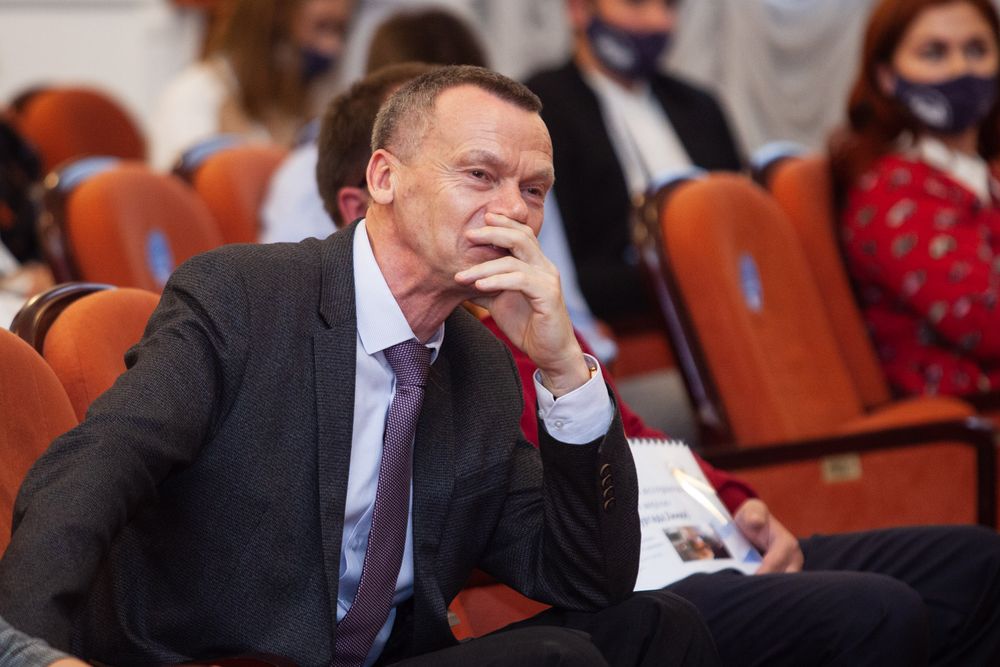 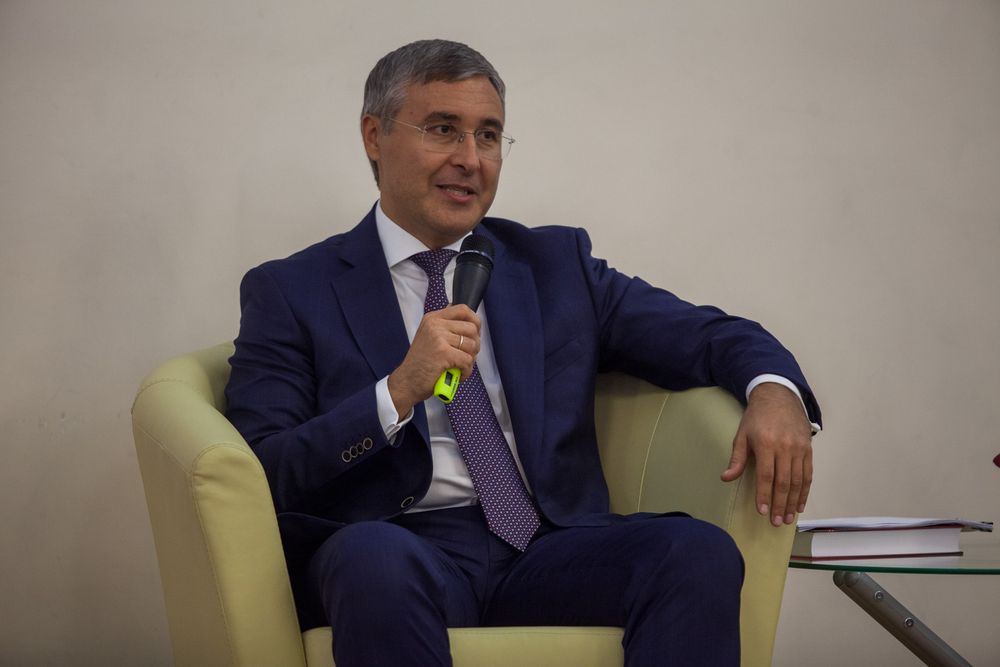 “I think that RSUH, which has been working with the participants and the competition "My country - my Russia” for a long time, including the work on a celebration of the 75th anniversary of the Victory in its historical context, today received high marks for its activities. We highly appreciate the opinion of Valery Nikolaevich about the University. This is a serious additional incentive to accept further challenges and reach new heights. I would like to thank the students of other universities who have found the possibility of pursuing additional education at RSUH within the framework of the competition "My Сountry - my Russia"