On September 1, the Day of Knowledge, the opening of the program "Russia-Austria: history, politics, economics, culture" took place at RSUH. Starting this year, leading Austrian diplomats, cultural, political, academic and economic figures will, for the first time, begin to conduct training sessions for students of the University.

The event was opened by Dr. Andrey Fursenko, Aide to the President of Russia, Co-Chairman of the Coordination Committee of the Russian-Austrian Public Forum "Sochi Dialogue". Andrey Aleksandrovich noted that the Forum continued on: webinars are being held with the participation of Austrian speakers, and online courses on culture, art, and economy of Austria are posted regularly. “Communication remains in demand,” added Andrey Alexandrovich. "The new course will bring a new quality to the study of Russian-Austrian relations." 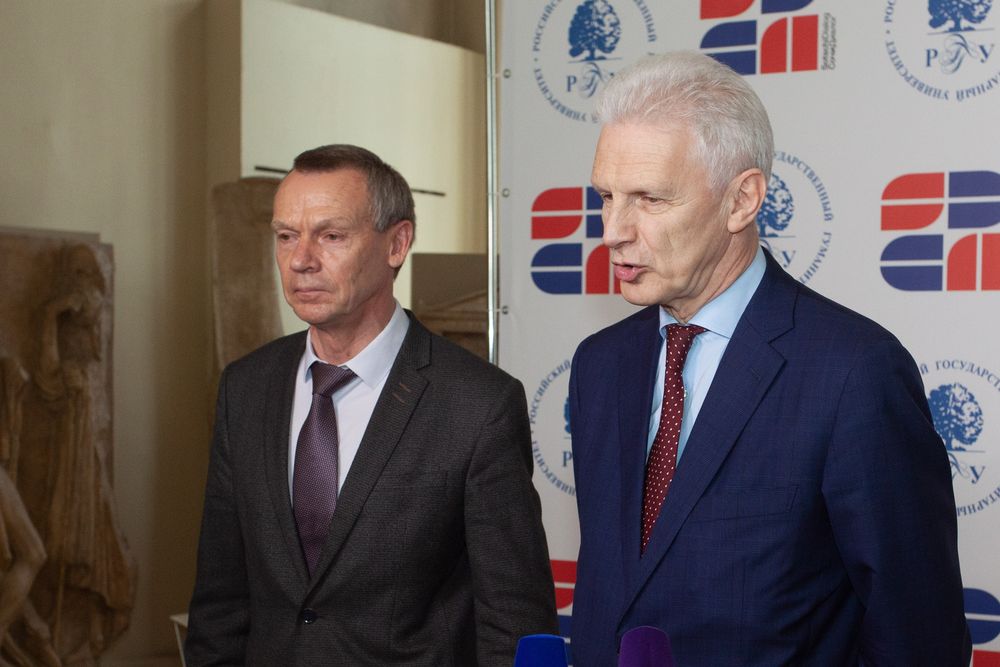 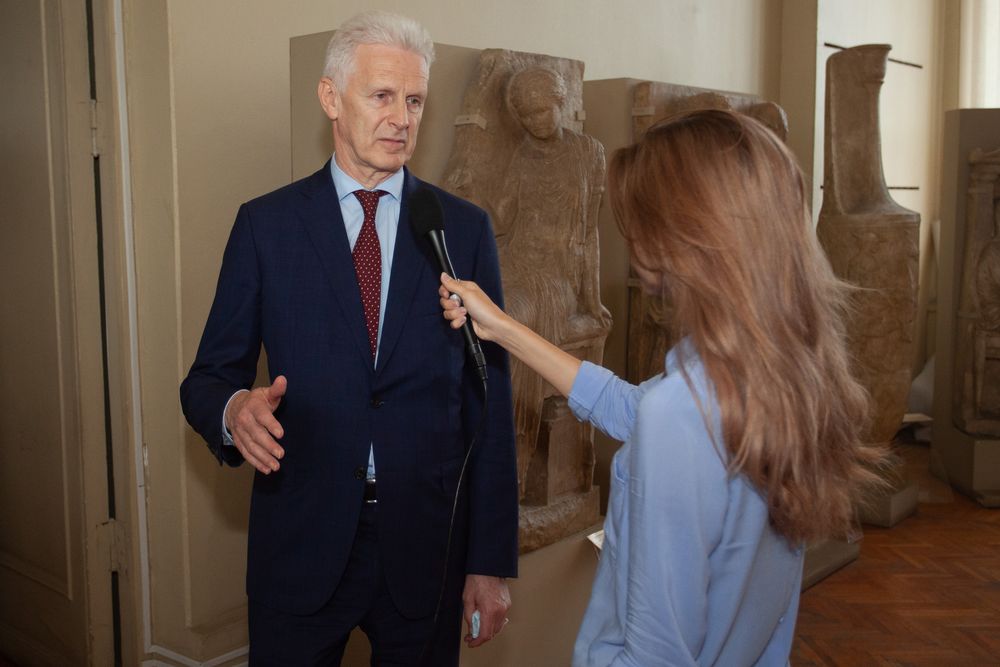 Rector Bezborodov, in turn, noted that the Sochi Dialogue is building on a powerful historical foundation of Russian-Austrian cooperation. RSUH has been a constant participant in this cooperation. In the new Russia, since 1992, the University was among the first institutions in our country to develop broad cooperation and interaction with Austria. “And here we have always walked hand in hand with a wonderful friend and partner of our University, Co-chairman of the Russian-Austrian Commission of Historians, Stefan Karner," stressed Dr. Bezborodov.

"The University values friendship and is proud of our relationship with Austrian colleagues. It harbors a great potential for the future."In his video address to the participants, Mr. Christoph Leitl, Honorary President of the Austrian Federal Chamber of Economics, Co-Chair of the Co-ordinating Committee of  “Sochi Dialogue”, stressed that “first of all, the students of the program should know the past where our common spiritual and cultural roots come from, where we feel that we Europeans should be together. "

Mr. Johannes Aigner, Ambassador Extraordinary and Plenipotentiary of the Republic of Austria to the Russian Federation, called the creation of the Program a very important step towards strengthening international relations between Austria and Russia. “Supporting civil society is a lofty ambition. The Commission of Historians has been contributing to mutual understanding between our countries for 12 years. This program covers a wide range of topics, from politics and economics to culture. The main thing is knowledge of foreign languages,” said Mr. Aigner. 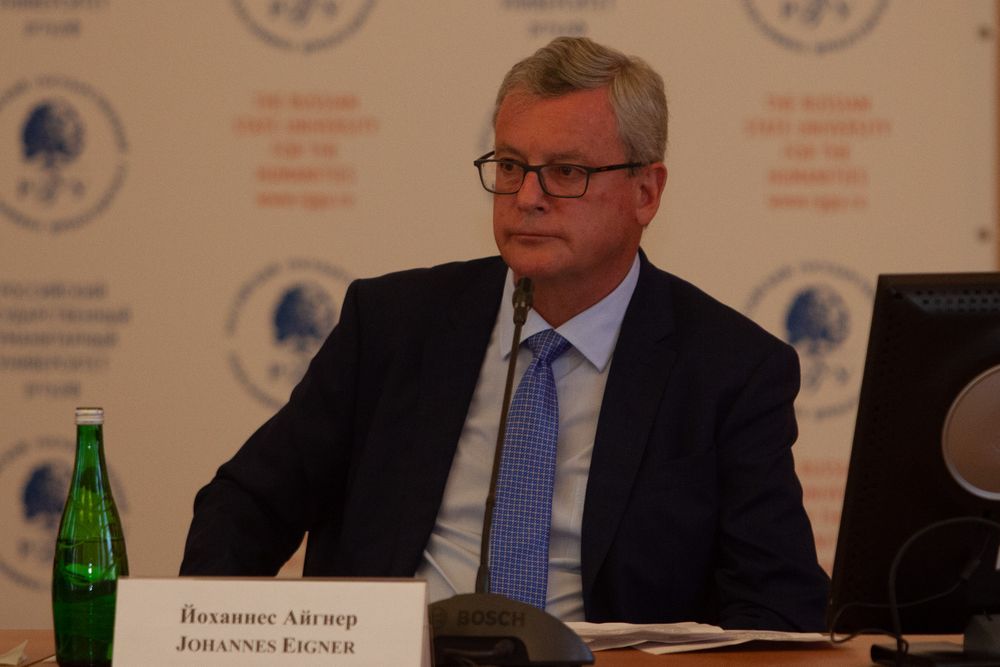 What are the advantages of the new program? This question was answered by Dr. Chubaryan, Member of the Russian Academy of Sciences, Co-chairman of the Russian-Austrian Commission of Historians, Academic Director of the Institute of General History of the Russian Academy of Sciences, President of GAUGN: “In Russia, there is a shortage of area studies experts, especially those specializing in the study of Austria, so this program is a huge contribution to building Russian-Austrian relations. Also the program "Russia-Austria: History, Politics, Economics, Culture" became one of the first bachelor's programs organized jointly with a leading Russian university”.

Mr. Stefan Karner, Co-chairman of the Russian-Austrian Commission of Historians, member of the Coordinating Committee of Sochi Dialogue, addressed the event participants via video communication: “The Austrian-Russian Commission of Historians is collectively studying the history of our countries. You, dear students, will be creating it in the future." He is hoping for the fruitful work of Austrian professors, diplomats, journalists and experts with students of RSUH.

The program also creates new opportunities for communication. “It is from science and education that stems what is now so necessary for our troubled world, that is,  dialogue,” noted Dr. Olga Pavlenko, First Vice-Rector of RSUH. "The face-to-face dialogue, when we try to understand each other and create a space of mutual understanding and stability."

Dr. Emil Brix, Rector of the Diplomatic Academy of Vienna, not only congratulated on the opening of the program, but also invited future graduates to continue studying international relations in Vienna, in the Master's program at the Diplomatic Academy: “I am convinced that an atmosphere of mutual trust must be created in relations between Russia and Austria , including between young people. And mobility, that is, the visit of Russian students to Austria and Austrians to Russia, is an important contribution to the development of a new Europe, in which I deeply believe. "

Dr. Galina Ershova, Director of Knorozov Mesoamerican Educational Center of RSUH, member of the Council for Science and Education under the President of the Russian Federation, added that one should not forget about the current Mesoamerican studies that had been carried out in the past and continued to be implemented by Austrian specialists.

"Sochi Dialogue" presented a website about the Program (http://russia-austria.study). There you can find out more about the program, partner universities, get acquainted with admission requirements and ask questions. 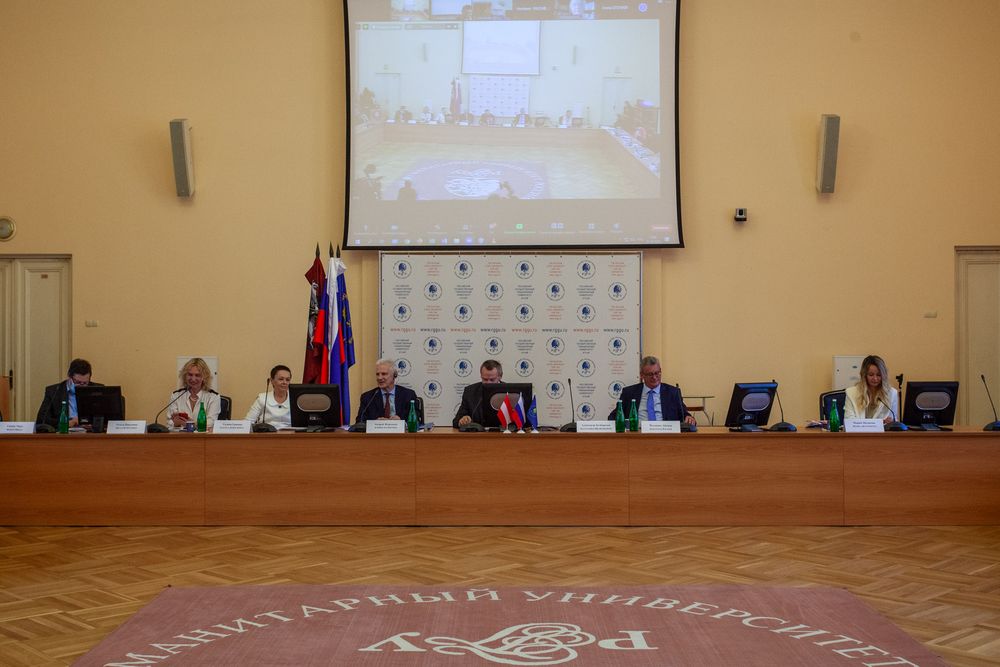 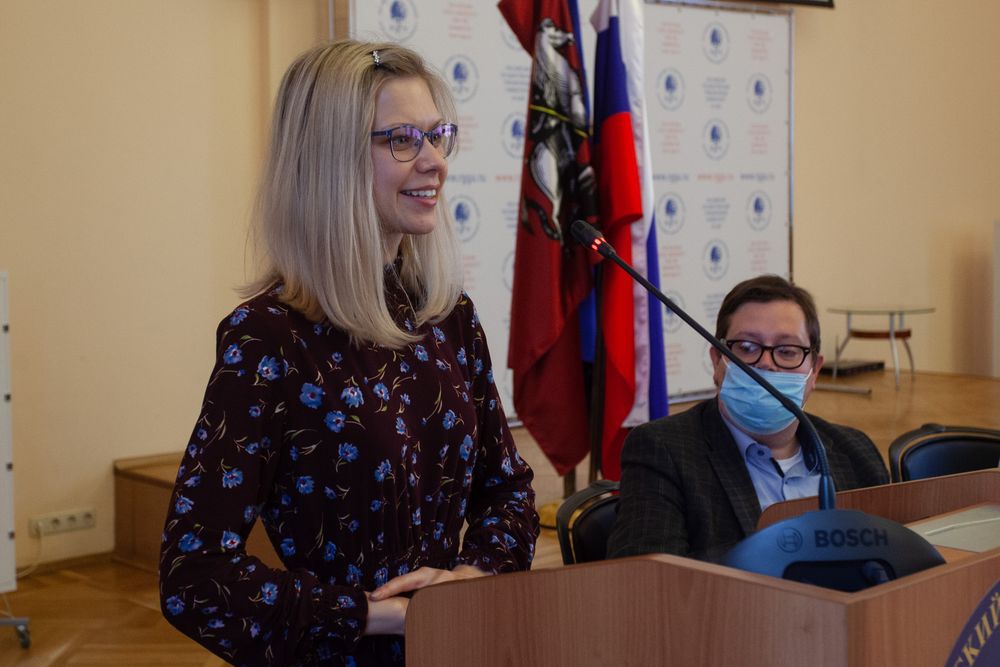 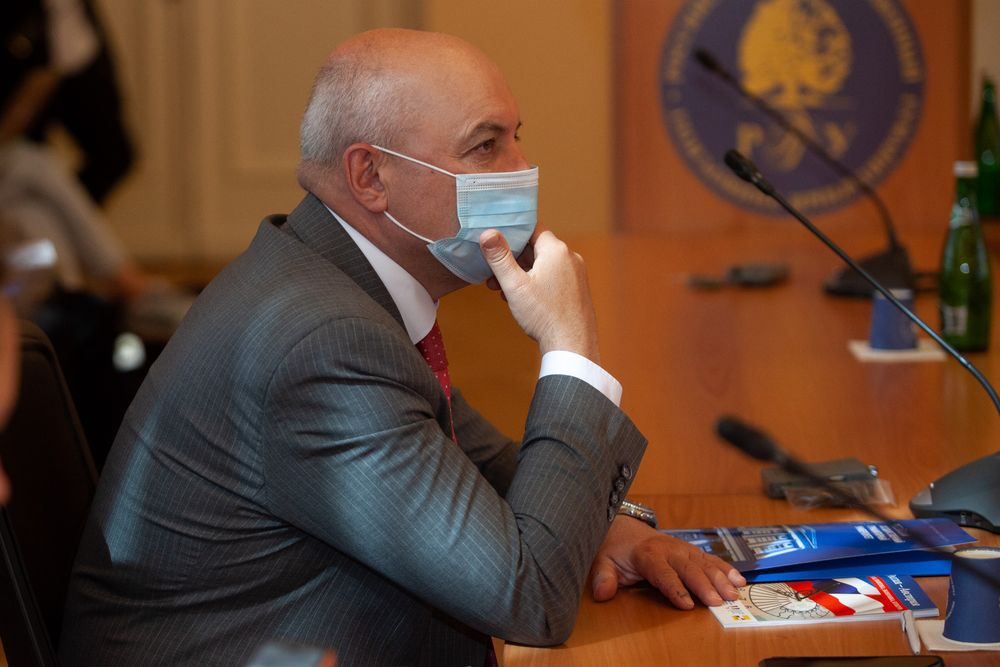 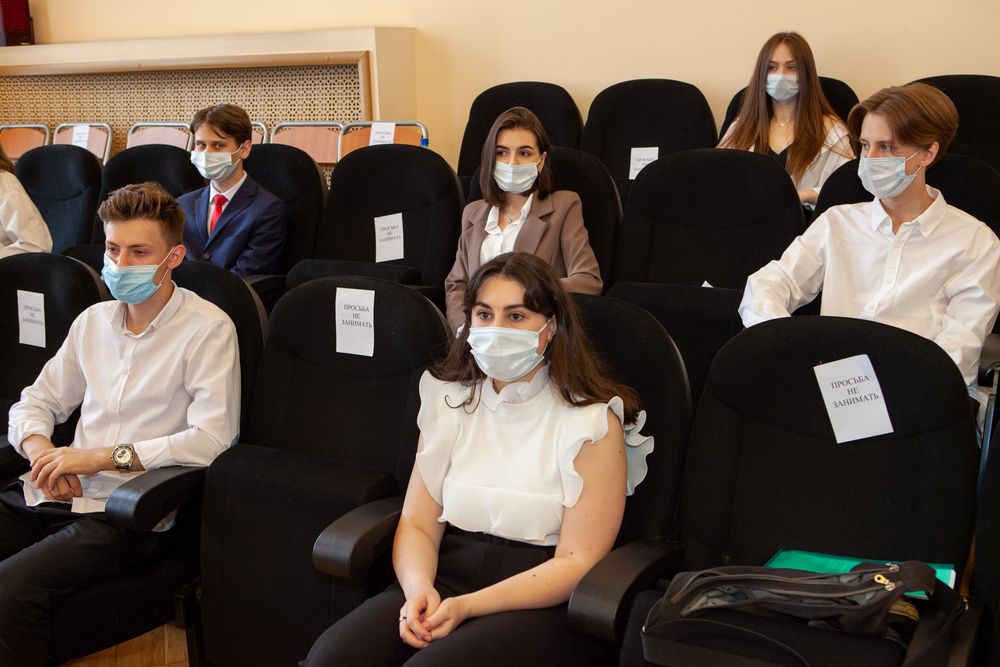 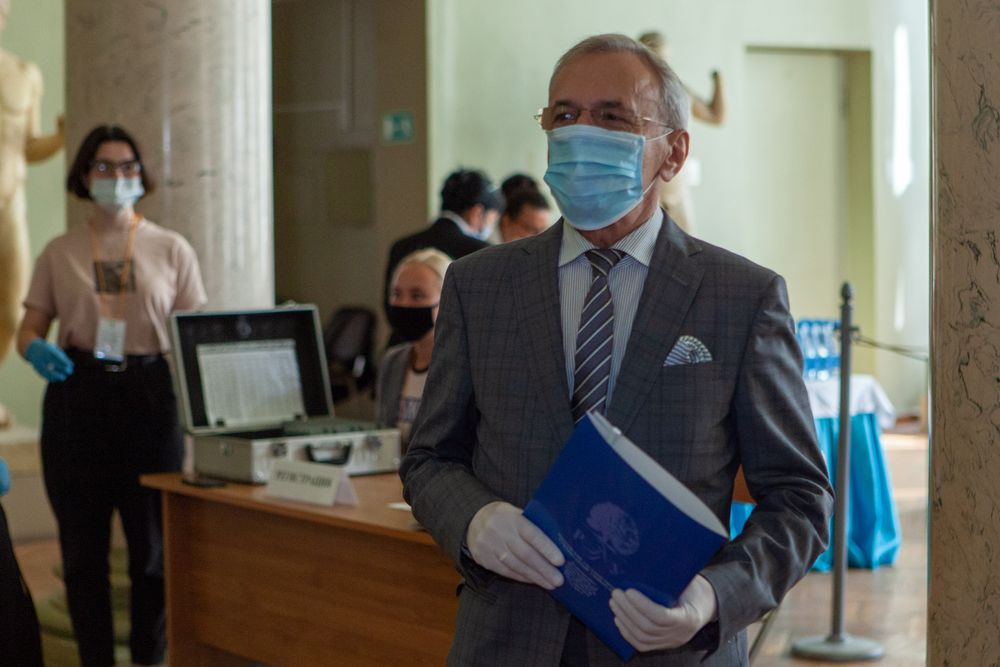 The Bachelor's program was created in 2019 at the initiative of RSUH, the Boltzmann Institute for the Research of the Consequences of Wars and the Russian-Austrian Commission of Historians.  It  received support of the Russian-Austrian Public Forum "Sochi Dialogue". A year ago, 17 students of the Faculty of International Relations and Foreign Area Studies of RSUH entered the program with in-depth study of foreign languages. These students spoke about their achievements and plans after graduation.

From this year on, the Program aims to form a comprehensive knowledge of Austria, taking into account the understanding of the processes occurring at the macro-regional, micro-regional and national levels in their relation to global trends in world development.

As part of academic mobility, students will be able to undergo internships in such universities and research centers in Austria as the University of Vienna, the University of Graz, the Boltzmann Institute for the Research of the Consequences of War.