A monthly student research workshop was held on September 24, 2020 at Russian State University for the Humanities (RSUH), Moscow.

A monthly student research workshop was held on September 24, 2020 at Russian State University for the Humanities (RSUH), Moscow.

The topic of the workshop was «Russian scholars in Asian studies: veterans of the Great Patriotic War” and was dedicated to the 75th anniversary of the Victory and the Year of Remembrance and Glory in the Russian Federation.

The lecture was delivered by Dr. Indira Gazieva, senior research fellow of the International Department for South Asian Studies, who spoke about the book "War and Memory" published in 2019. The book, authored by Dr. Natalya Romanova, contains stories, interviews and photographs of scholars veterans of Great Patriotic War who had worked for many years at the Institute of Oriental Studies of the Russian Academy of Sciences. 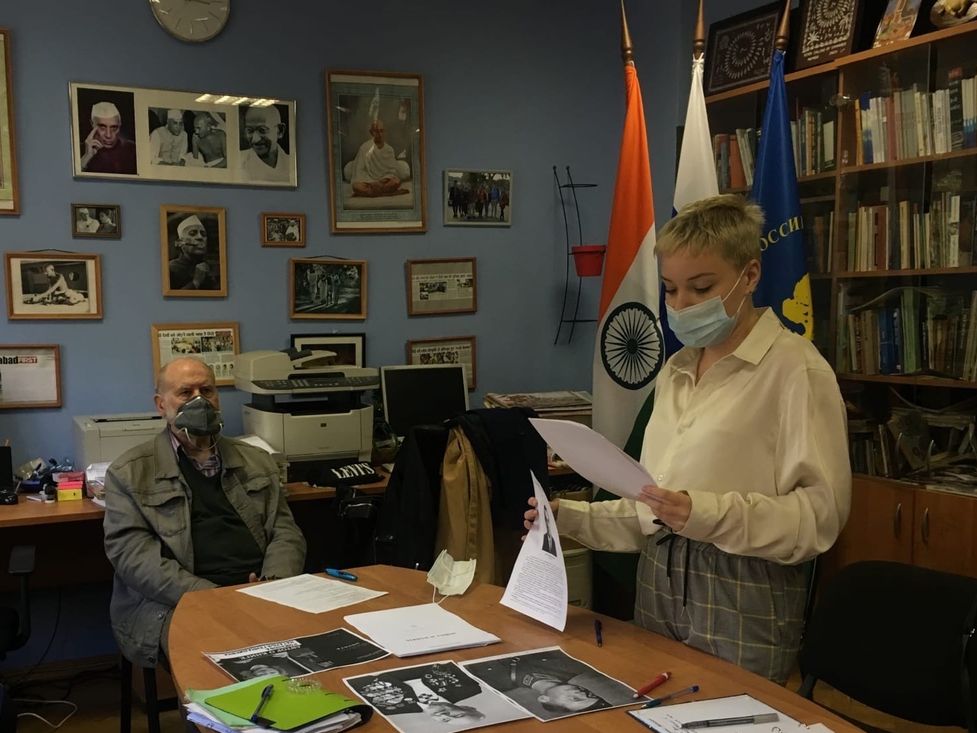 Ms. Sofia Kiseleva and Ms. Maria Skorоbogatova, 2nd year students, made a presentation dedicated to the famous Russian indologist, Professor and Member of the Academemy of Sciences Evgeny Chelyshev (October 27, 1921, Moscow - July 13, 2020), who was also a veteran of the Great Patriotic War. In 2002 he was awarded India's fourth highest civilian award, Padma Bhushan (Order of the Lotus) and in 2004 he became the first Russian to be awarded the Sahitya Akademi Fellowship by the Government of India. Professor Evgeny Chelyshev was a researcher and admirer of Swami Vivekananda. For over thirty years he had been researching and spreading the culture and message of Vivekananda. He was one of the vice-presidents of the Committee for Comprehensive Study of Ramakrishna Vivekananda Movement.

The report of Ms. Amina Mukhametkhanova, 2nd year student, was dedicated to Professor Erik Komarov (06/19/1927, Moscow - 10/10/2013, Moscow), Russian indologist and political scientist. He was not a veteran, being too young at that time. He graduated from Moscow Institute of Oriental Studies in 1950, defended his Ph.D. dissertation and since 1954 had been a research fellow at the Institute of Oriental Studies of the USSR Academy of Sciences (1954-2013). For many years he worked as a diplomat in India. The main topics of his research were economic system of pre-colonial India; British colonial policy in India; spiritual processes in India in the new and modern times; works of Tagore; worldview of Mahatma Gandhi; political activity of Jawaharlal Nehru.

The goal of the workshop is to form the students’ professional and academic competencies. 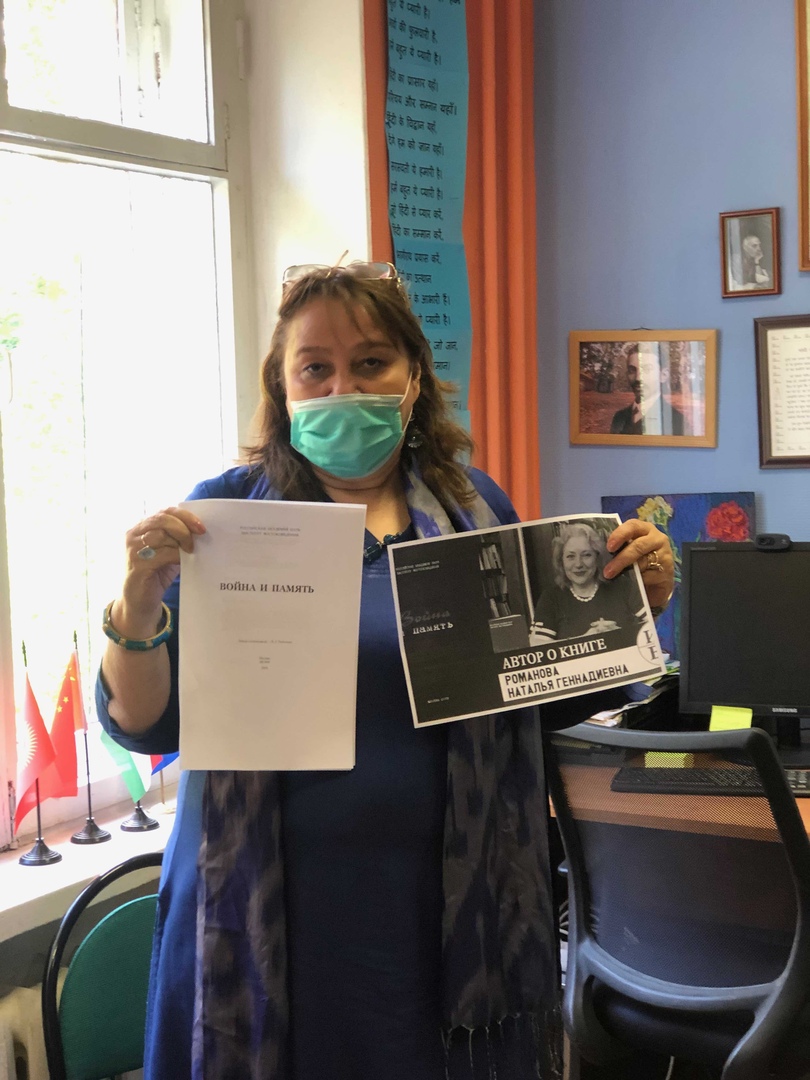 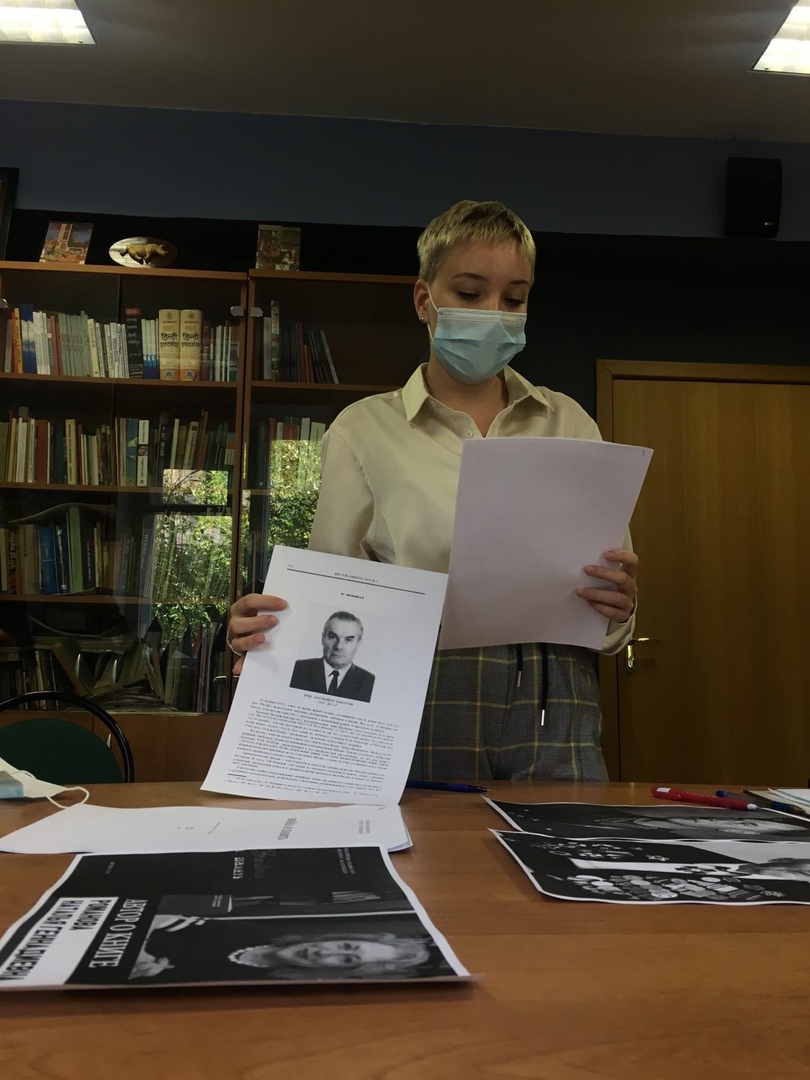