Issues of semiotics and linguistics discussed at RSUH

On January 17, the interuniversity conference "Language and methods of its description - 2022" started at RSUH.  It is dedicated to the memory of the first Chair of the Department of Theoretical and Applied Linguistics of RSUH, Dr. Alexander Barulin (1944–2021). The event was organized by the Institute of Linguistics of RSUH.

The speakers shared their memories of Dr. Barulin, their joint work and linguistic expeditions. In addition, the following topics of semiotics and linguistics were discussed: the functioning of sign systems and questions of the origin of the language, its grammatical analysis and formal description, Russian studies and linguistic documentation, cognitive aspects of communication and artistic creativity.

On the opening day, presentations were delivered on the topics of glottogenesis as a result of self-organization, metaphors of language turns, functional typology of signs, as well as varieties of individual natural signs

Dr. Krongauz, Chief Researcher of the Laboratory of Sociolinguistics of RSUH, delivered a presentation titled "The unnoticed O/A alternation in the root". According to him, from year to year articles are published about how literacy among modern schoolchildren is falling. Dr. Krongauz noted the paradoxical situation in which a colloquial word («шпора») is formed from a known one («шпаргалка») with an “illegal” alternation in the root, and gave a number of other examples with a similar feature.

The conference brought together about 50 participants: fellow students of Dr. Barulin, his friends, colleagues and students.

Dr. Vladimir Alpatov, Corresponding Member of the Russian Academy of Sciences noted in his speech, “the Institute of Linguistics of RSUH created by him became a tangible monument to Barulin.”

The second day of the conference, January 18, was devoted to papers on the peculiarities of Russian and Spanish phraseology, the structure of the Khakas word form and the role of grammaticalization in the history of the Persian language.

The speakers touch upon the patterns of accentuation of one group of Russian surnames, the issues of speech impact and the creation of "emotional" robots, predictability in verse and prose, as well as the topic of the function of language and linguistic creativity that fades with age.

The participants also shared their experience in teaching linguistic disciplines, in particular the author's course on practical syntax. 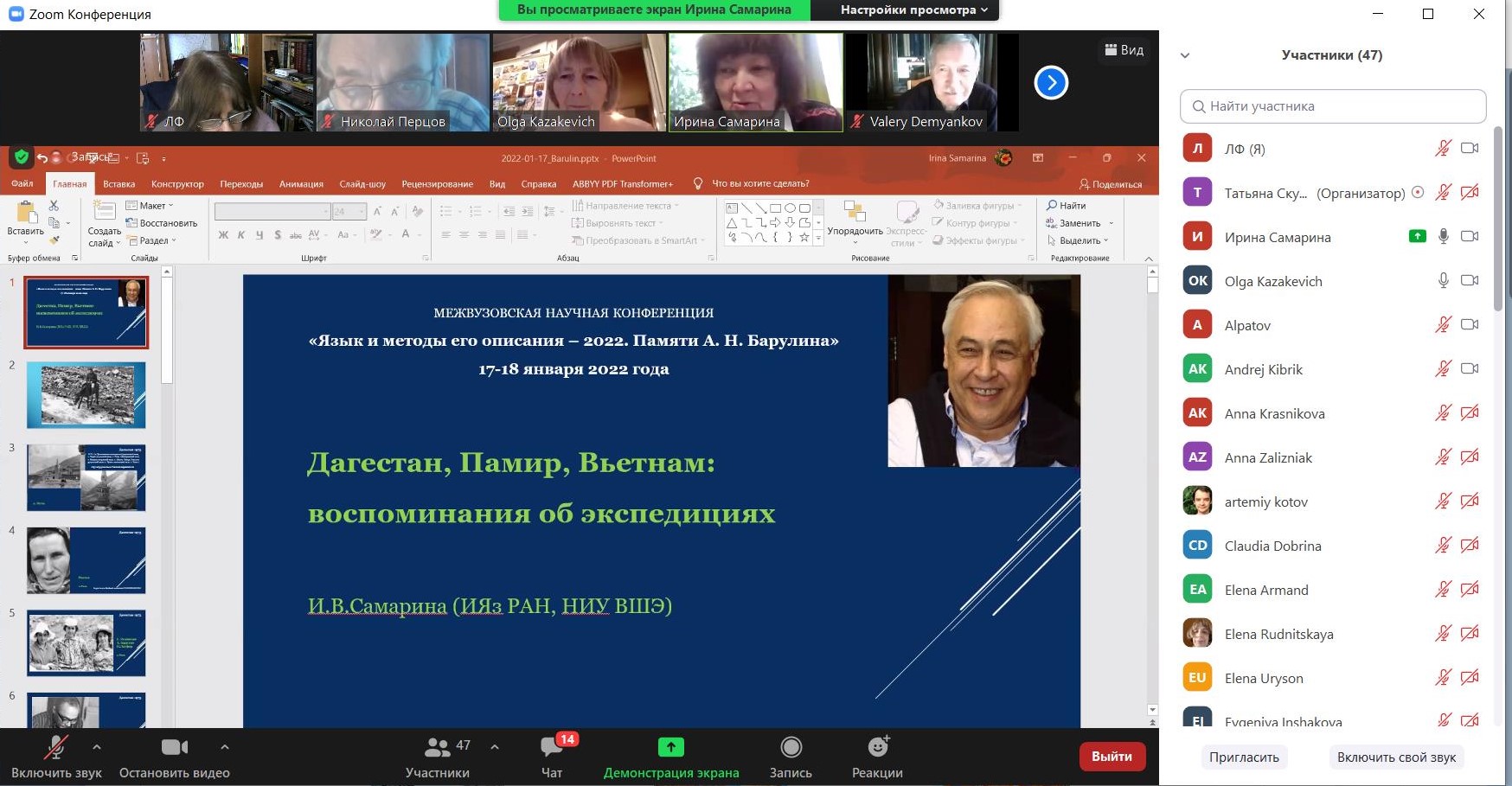