The 1st Festival of Indian and Russian culture was held in Tarusa city (Kaluga region) on August 27-28, 2016. The Festival is associated with the Independence Day (India) and the Year of Cinema in Russia. The Indian Independence Day has been celebrated every year since 1947.  This year the country celebrates 69th Independence Day.

This event was organizing by the Indian Cultural Centre “Amrit” (Tarusa city, Kaluga region), Russian State University for the Humanities and Jawaharlal Nehru Cultural centre Embassy of India in Moscow.

The Following year will become special for the development of relations between Russia and India. The Ambassador of India to the Russian Federation Pankaj Saran repeatedly stated that 2017th year will be outstanding because this year will mark 70th anniversary of Russian-Indian diplomatic relations

There were several reasons for holding such event: to celebrate the Indian Independence Day, to introduce Indian culture including Indian movies, classical and modern Indian dances and music, Indian poetry and handicrafts to Tarusa people.

Mr. G.Balasubramaniyam thanked Mr. Evgeniy Maltsev for supporting the Festival and said that Embassy of India in Moscow would provide the holding of the first Indian Film Festival in Tarusa city (November-December).

Boris Medvedev, Dean of the Faculty of International Relations and regional studies of RSUH mentioned that the very first Russian diplomat can be called Athanasius Nikitin, who described his journey to India in his book "The Journey Beyond Three Seas". There is a cultural and educational center with 7 exhibition halls of different exposures and Educational Art Museum named after Ivan Tsvetaev, which opened in 1997 as a department of the Pushkin Museum.

Ivan Tsvetaev was a director of the Museum of Fine Arts named after Emperor Alexander III at the Moscow Imperial University.

The concert programme begins at 2:00 pm and presents following performances:

The Concert hall was decorated by various handmade items of the Indian masters and advertising brochures– posters, books, flyers, journals about India that were given by .Jawaharlal Nehru Cultural Centre. Indian Embassy in Moscow.

Ustad Gulfam Sabri, teacher of Jawaharlal Nehru Cultural Centre, Embassy of India in Moscow and his students Svetlana Sokolova and Diana Kiriyenko made a performance in fusion style music.

There will be a fair of Indian hand made goods, Ayurveda products, photo exhibition dedicated to the Indian states and Indian food presented during this day.

photos made by Press centre of RSUH 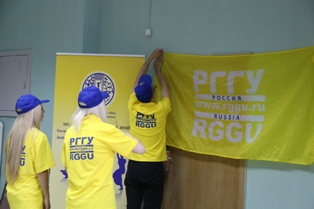 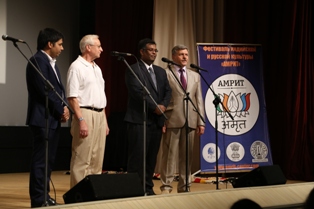 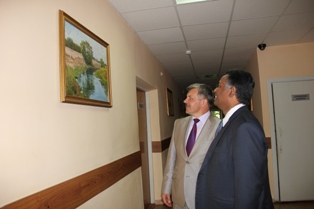