Distinguished Indian guests met with Prof. Evgeniy Ibakhnenko, Rector of RSUH and had a fruitful discussion about further cooperation between ICCR and RSUH and prolongation of MOU between two sides.

Prof. Sergei Serebryaniy, Director of the Institute for Advanced Studies told Indian guests about the University’s history and structure and showed the museum halls.

The meeting was held in a warm and friendly atmosphere. 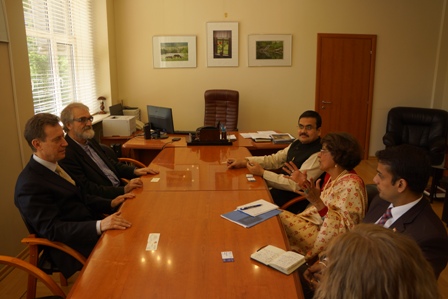