RSUH Hindi group students took part in the project competition “Crash test of students’ project -2016” that was held by the Office of Student Affairs.

The main goal of such competition was to develop students’ project thinking, administrative and creative skills.

Three students of Hindi group won the competition and presented their projects in three categories.

Mariia Shcheglova, 2 year student presented her project about holding the World Poetry Day (UNESCO) on the 21th of March 2017 at RSUH. This project was presented in the frame of nomination "Cultural event at RSUH". 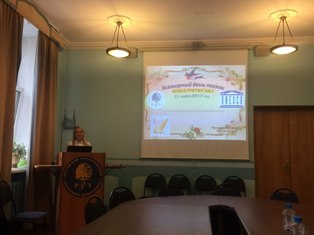 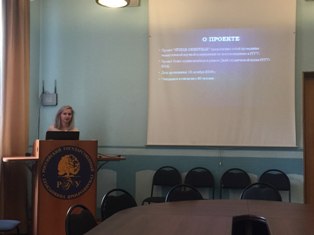 Ekaterina Taran, 3 year student presented her project about BRICS workshop that will be held on October 4, 2016within a more general framework of STUDENT'S SCIENCE DAYS AT RSUH- 2016 . 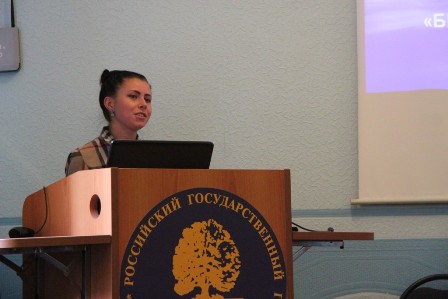 Photos made by Press Centre of RSUH.