RSUH students and teachers visited the Department of Indian Philosophy named after Mahatma Gandhi.  This Department is a part of the Oriental philosophies sector of the Institute of Philosophy, Russian Academy of Science.

The Head of the Department is professor Marietta Stepanyants, who presented the lecture about Mahatma Gandhi : was he an idealistic reformer or visionary?”

RSUH students presented a portrait of Mahatma Gandhi and spinning wheel with a yarn fr om the village of Sevagram wh ere Gandhi began his struggle for national liberation for the independence of India.

On January 2016, RSUH students spent their language tour at the Mahatma Gandhi International Hindi University in Wardha, Maharashtra. They visited Sevagram village and all places connected with Gandhi’s life and work.

After the lecture Vera Lebedeva, student of RSUH read a poem "Bapu" in Hindi. 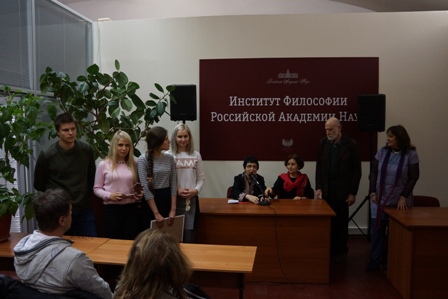 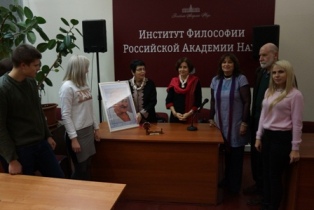 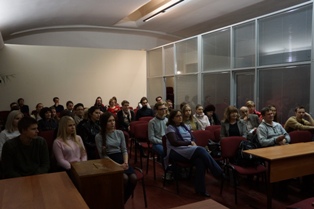